Gordon Ryan: “It Was An Honor For Me To Compete Against Andre Galvao” 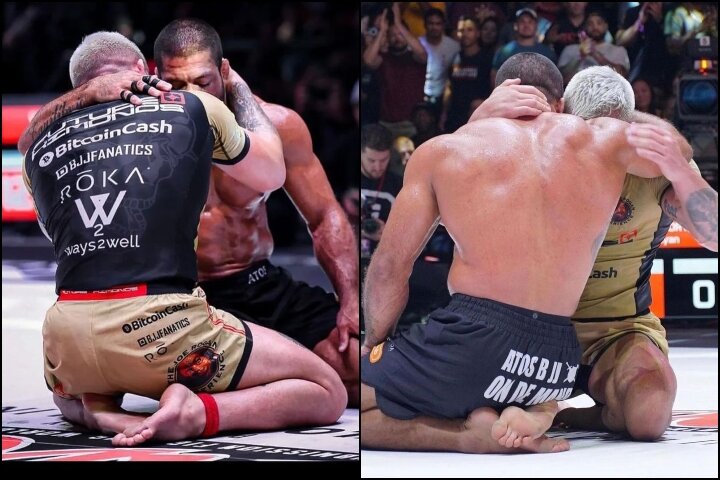 Gordon Ryan is well-know for his trash talk; a talent he’s used more than well to hype up his ADCC superfight match against Andre Galvao. However, after winning the superfight, Ryan had nothing but words of respect and appreciation for his opponent.
He penned a heartfelt message on social media:

Few people have done more for the sport and in the sport than Andre. He is someone we should all look up to as an athlete.

He’s been competing and winning at the highest levels longer than anyone and long before I even started training. Between his gi and no gi titles he has well over a dozen world titles.
I am lucky to have the experience to share the mat with someone of his caliber. He made me a better athlete by preparing for him.

We both pushed this sport to new heights and it was an absolute honor for me and a dream of mine to compete against him.
He will go down in the books as one of the very best to ever do it. I’m just happy to be part of his incredible story and lucky enough to be the one he passed the torch to.

Thank you Andre for this experience.

Andre also had words of respect for Gordon:

Thanks Gordon for the fight and congrats on your great performance out there. Great job!