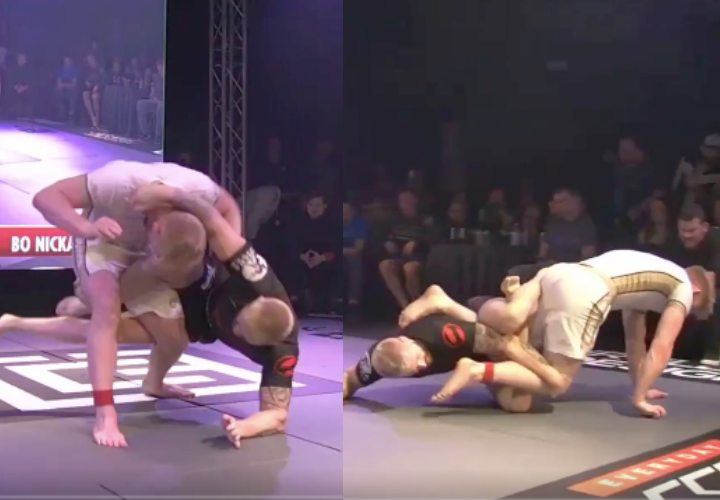 Wrestling vs Jiu-Jitsu is very popular these days. Yesterday, the world’s best No Gi grappler Gordon Ryan faced Wrestling world champion Bo Nickal in a modified rules grappling match where leglocks were not allowed. Ryan was able to bring the fight to the ground 3 times with scissor takedowns but was not able to maintain top position since Nickal scrambled out of bounds every time. Ryan attempted the scissor a few more times, but this time Nickal was wise to it and stuffed all the attempts. Nickal played it safe, with a game plan of not taking it to the ground too early so as to not give Ryan a chance to use his Jiu-Jitsu.

I want to give a huge shoutout to Mr. @nobickal for stepping out his comfort zone on short notice (even though we mostly wrestled 😂) and coming into a ruleset which favors bjj. I want to make sure to return the favor in doing a mostly wrestling match in which no guard play is allowed. I have more respect for wrestling than anyone and it is a fine and very effective sport… but all you wrestling fan boys… dont call me a bjj guy. im different. I went 3-1 for takedowns with a d1 all American today and finished him in under 2 minutes on the ground. Im the f*cking GOAT and dont you f*cking forget it. @pat_downey im coming to drag your hillbilly as* all over the mat in 3 different rulesets in 1 day. Im the future of bjj, and the future of “scrimmage” wrestling.

This is reminiscent of ADCC champion Yuri Simoes takedown on Olympic silver medalist Travis Stevens at their Fight2win superfight: