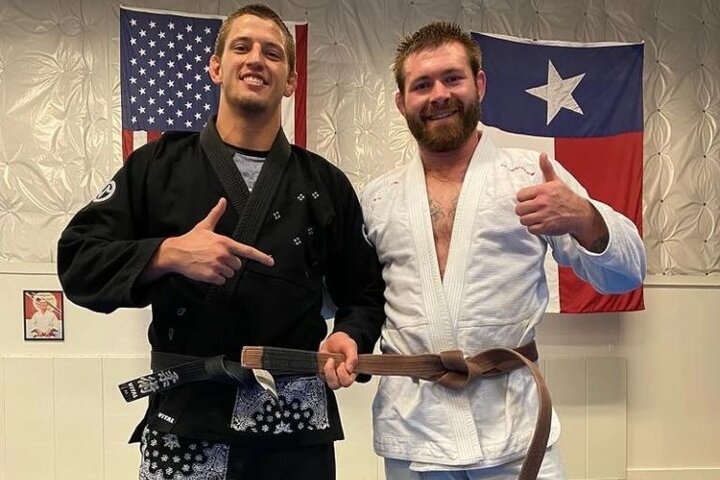 Gordon Ryan has been on a streak lately! He’s seemingly intensified his gi training, now mainly due to being new training partners with Nicholas Meregali. As a matter of fact, he was “promoted” to brown belt by Meregali himself yesterday!
Ryan shared the news on his social media, first expressing his joy in Portuguese and then in English:

So excited to receive my brown belt today from @nicholasmeregali. He was so impressed with progression in the last 24 hours he said there was simply no other option.
I guess it’s true what they say, training no gi is more technical and makes you better in the gi. OSS.

But if you remember correctly, Meregali has “promoted” Ryan to purple belt… Yesterday. So, that makes for the fastest (albite jokingly) belt promotion in history of professional BJJ:

It is such a pleasure to work with him and help him prepare for his gi world championships. Words cannot describe what it’s like to receive this belt from him. Lots of work to do, as you can tell by the color of my face. Osss.