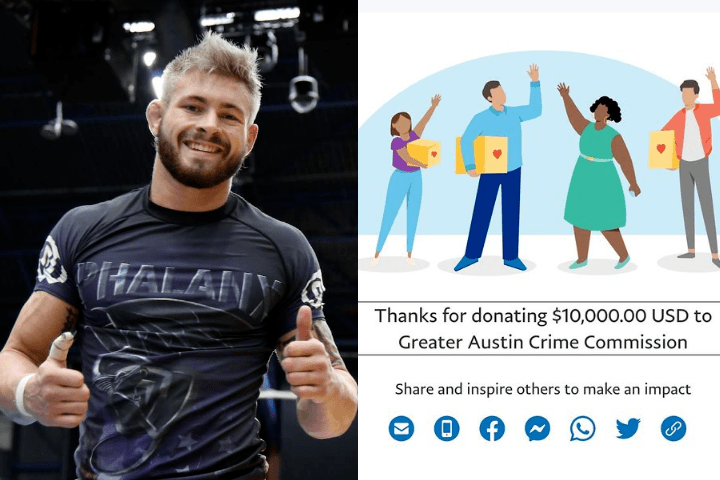 Gordon Ryan is, arguably, the best contemporary no gi Brazilian Jiu-Jitsu athlete. And even though a part of the BJJ community has love-hate sentiments about him, there’s no denying that Ryan cares about his community. Law enforcement included.
On December 1, Gordon donated $10,000 USD to the Greater Austin Crime Commission; expressing his thanks to the police efforts of keeping the community safe:

I did a seminar a few months back with Tom DeBlass, where I vowed to donate 20k dollars to local PD here in Austin. I just sent half of that to SWAT for weapons and will be sending out the other half to a general fund which gives more financial aid for officers hurt on the job to rehabilitate themselves and get back on their feet.
After filming in Boston, I’ll be headed back to meet the officers in the area, many of which train. Thanks for keeping us all safe, especially the ones who need the most protection (90% of people trying to abolish police).

Ryan frequently does seminars for law enforcement as well:

His “friends in blue” seem to be more than satisfied with Gordon’s seminars, even giving him small gifts of appreciation: