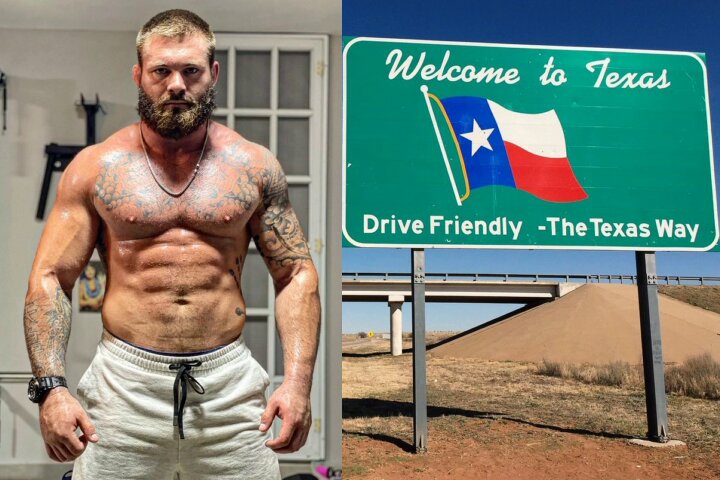 Gordon Ryan’s been fighting hard against the stomach issues that forced him to take a leave of absence from competition. His health is getting better and he is putting on mass, which are all good news for the Jiu-Jitsu community! What’s more, it seems that his long-awaited grudge match against Andre Galvao is in the works… And that it will take place as a superfight for the ADCC 2022 event.
It’s safe to say that grappling fans have much to look forward to. Even Mo Jassim, the man behind the ADCC, is super excited about the match. This is what he had to say in the comments of the ADCC Instagram post:

Ryan recently took some interesting fan questions on his Instagram account. In answering one of them, he claimed that he may eventually move to Texas at one point – and that he may even open a BJJ academy there!
That is, to the question of: “Move to Texas?” Ryan answered:

Haha I promise it’s coming eventually. If I opened a school in Texas would you 100% join?

It’s important to mention that Texas (alongside with Florida) was one of the locations in the United States that many people thought Ryan would move to. Additionally, Texas is a “hot” destination for BJJ at the moment, as it hosts a number of events. For example, the “Who’s Number One” event, which he and the rest of the Danaher Death Squad are involved with.
Plus, Joe Rogan and others have also relocated to this state, after the taxes were raised in some of the other areas in the country.

So, what do you think… Will Gordon Ryan soon move to Texas? Or will he stay in Puerto Rico for the foreseeable future?