Gordon Ryan: “Andre Galvao Has Destroyed His Own Legacy” 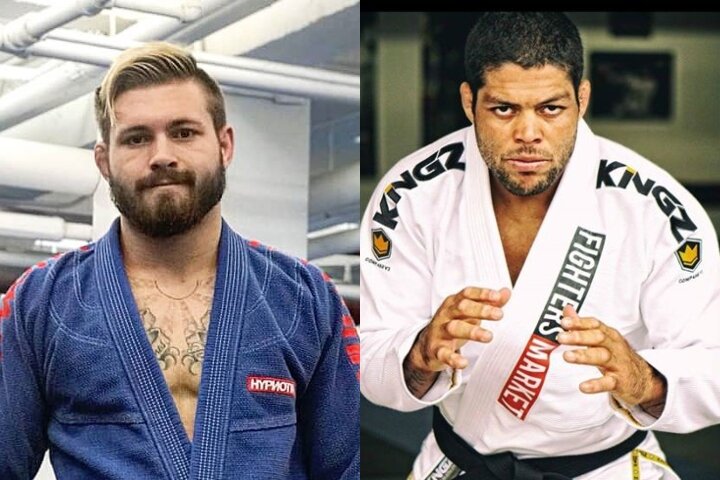 Gordon Ryan and Andre Galvao are set for this year’s ADCC superfight… And Ryan doesn’t seem like he’ll be backing up on the trash talk anytime soon.
In a recent conversation with FloGrappling, Gordon shared why he thinks that Galvao has ruined his own legacy:

Andre is a perfect example of how to ruin your entire 30-year legacy in a span of 3 weeks. He just… Every decision he makes, it just becomes worse and worse. You’d think he couldn’t make it worse; after he initiated the fight, got smacked, and then backed down… You’d think that: “Oh, there’s no way he could make it worse.”
And then he just goes out and, like, gives a half-assed apology and just uses it to promote his Atos Online sale… Like, every time he opens his mouth he looks dumber and dumber.

He also elaborated on his thoughts about Galvao’s grappling skillset:

He’s not really impressive anywhere, besides the fact that he has good cardio. He keeps going… And that’s just about it.
He has a really good quality of movement – he moves his body well. He can move his body fast in and out, side to side. And he can invert, he can do all the stuff that you need.

But technically, in the standing position he doesn’t look great. His hand fighting is not great, his shots are okay, not great… His submission wrestling is terrible; basically no submissions of any kind.
Guard isn’t great, passing is atrocious. He is mediocre everywhere, besides the fact that he’s technically good and physically intimidating for most people. And that’s pretty much about it.

Ryan talks more about Andre Galvao on the videos below: