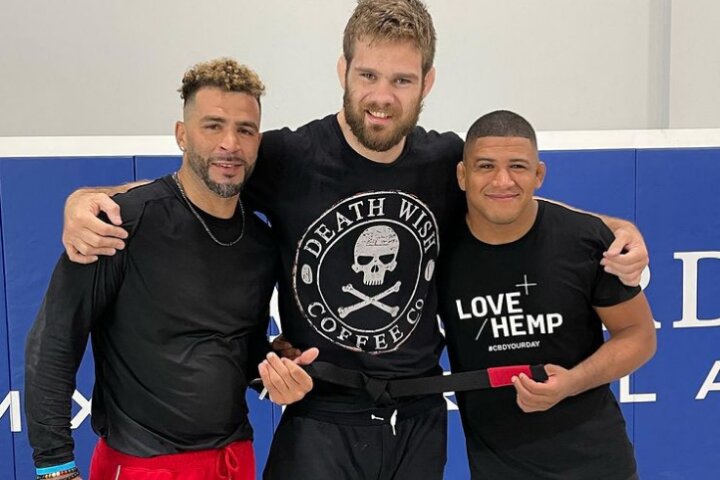 Training Brazilian Jiu-Jitsu is never easy… But it could be a little easier if you have the proper physical prerequisites for it. For example, if you’re tall. Or really tall – like Steve Mowry is, who is a tower of 6’8” (203cm)!
Mowry is a Bellator heavyweight fighter who holds a 10-0 professional MMA record. Last Wednesday (November 17), he was awarded his Brazilian Jiu-Jitsu black belt by Gilbert Burns.

He was happy about the promotion, to say the least:

I started my BJJ journey 12 years ago. To reach black belt under the Burns brothers is just as crazy to say then as it it now but I’m feeling so blessed to have made it. Now the real work begins.

Out of those 10 professional MMA wins, Mowry has earned 6 of them via submission – a high submission rate for any mixed martial arts athlete. Most recently, he tapped out Rakim Cleveland in the very first round at Bellator 271.
With that said, he trains at Sanford MMA (Deerfield Beach, Florida) alongside his BJJ coach Gilbert Burns. Burns is a former UFC title challenger, who is also an IBJJF gi and no gi world champion. Most recently, he defeated Rafael Lovato Jr. at Who’s Number One (WNO).