Georges St-Pierre Talks Grappling Match vs. Khabib: “If It’s Well Organized, Why Not?” 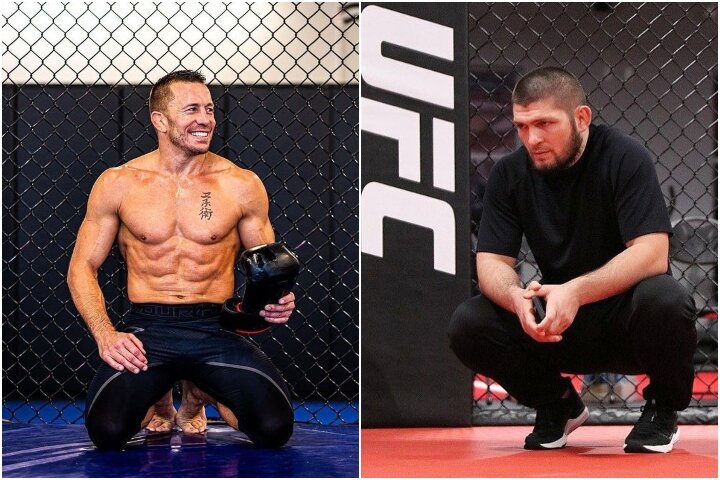 Georges St-Pierre and Khabib Nurmagomedov never got the chance to meet each other in the ring. All of the potential for a potential fight ended when Nurmagomedov decided to retire with a perfect 29-0 record.
However, even though that an MMA fight is out of the equation, there still might be a possibility for a grappling match between the two. Namely, while speaking with MMA News, St-Pierre was asked about engaging in a grappling bout against Khabib. In turn, Georges answered that he’d be open to it if the event was organized well:

I don’t know. I mean, listen, if it’s well organized… If there is some event that is well organized, is novelty fights or something, then maybe, why not? I’m still in the entertainment world.

He explained that he keeps training hard and that he’s in a good-enough shape to “go at it” again if required:

I’m in great shape. I train still like a professional athlete. I still get it, you know what I mean? Even some of the guys, sometimes they tell me: “Ay, are you preparing a comeback?” I’m like: “No, I’m 40 years old.”

If this match does happen sometime in the future… It just might turn out to be the biggest grappling event that the world has ever seen.