Garry Tonon Addresses Ryan Hall: “You’re A Hypocrite. And I Don’t Like You.” 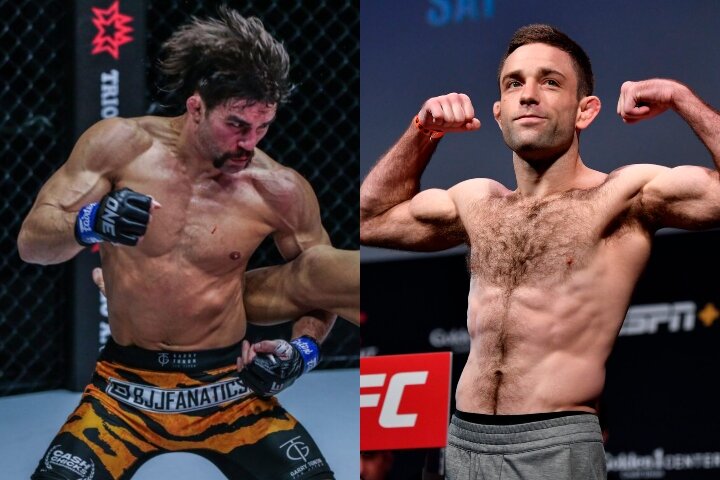 Garry Tonon recently lost his ONE Championship title fight against Thanh Le, after being knocked out in the opening round. Subsequently, all was good between the two fighters… However, Ryan Hall – one of Le’s coaches and training partners – commented on Tonon as being “disrespectful and dismissive”.

This didn’t fly well with Garry. He addressed Ryan in an Instagram post, calling him a hypocrite; saying that the pre-existing “beef” between the two of them shouldn’t be voiced out like Hall’s done it:

Grapplers that talk sh*t about other grapplers and won’t compete against them are no better than the fat guy on the couch talking sh*t about how the quarterback should’ve done a better job on Monday night football.
The option to compete against me or any of my teammates has been on the table for years Ryan. Ever since you first felt the need to talk sh*t about Eddie Cummings years ago when he had a razor thin match in ADCC. I don’t like you. And you’re a hypocrite.

Tonon also mentioned that Thanh deserves to be a champion. But, at the same time, he looks forward to “facing” Hall:

You’re right about one thing, Thanh is a good guy. And he deserves to be the champ. You on the other hand should probably look at yourself in the mirror before the calling the kettle black.
It’s a shame you had to make your “congratulations” to your teammate about your beef with me. Any interviews I gave while speaking about you leading up to this fight where I was extremely respectful, I deeply regret. I knew you didn’t deserve it, should’ve just trusted my gut.

If you ever want to crawl out from whatever rock you live under to fight and not just open your mouth I’ll be right here.