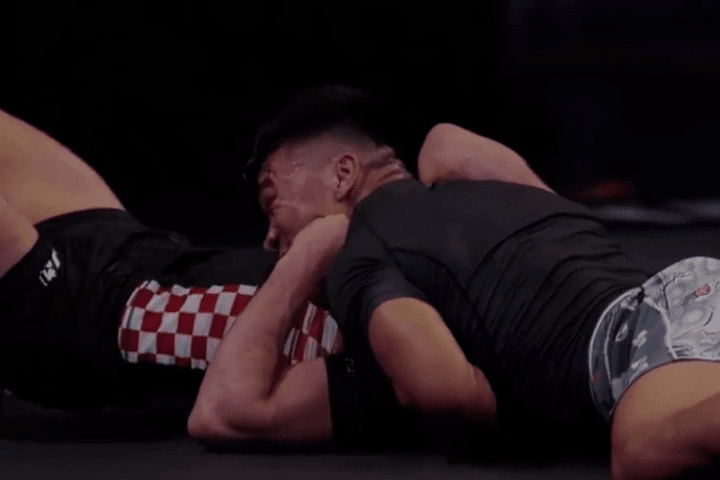 After Amanda Leve defeated Gabi Garcia, this weekend’s Who’s Number One (WNO) event witnessed yet another huge upset! Namely, it was in the 155-pound division that Gabriel Sousa tapped out Mikey Musumeci in the quarterfinal round.
This has been only the second time that Musumeci was forced to tap out while competing at a black belt level.

Having tapped out his opponent by a choke from North South, Sousa earned a 1,000$ submission bonus from the WNO sponsor Bubs Natural’s.
In the post-match interview, Gabriel emphasized that he already practiced the sequence and setup he used to pass Mikey’s guard and submit him:

I was drilling [that sequence] for the last month and a half… I tried four times in this match and he was defending super well. So, I was just trying to switch side to side. I saw his neck, I could squeeze it, so I got it.

He also went on to explain the amount of sacrifice he had to make in order to become one of the best… But that he also knew it was just a matter of time before he’d reach that level:

Check out the submission below: