French President’s Bodyguard Calls Renzo Gracie a ‘Jerk’; Wants To Face Him in the Cage 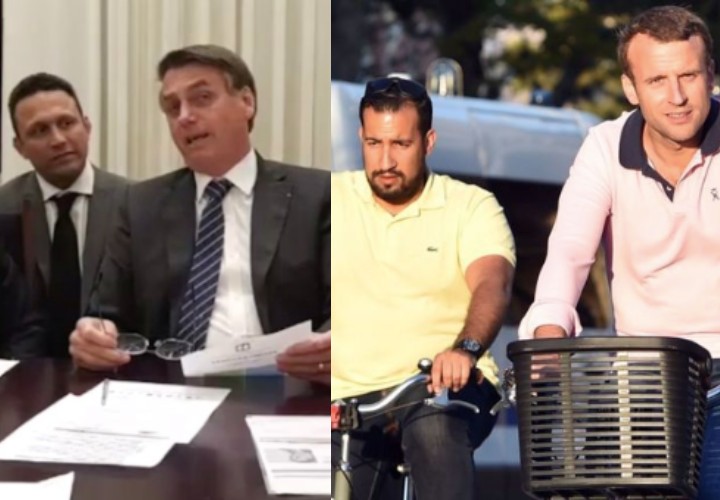 Brazilian president Jair Bolsonaro has been under fire by the international community following the Amazon fires. French president Emmanuel Macron was particularly critical of Brazil and Bolsonaro.

On August 15, 2019 Renzo Gracie was named Ambassador of International Tourism under Embratur, a branch of Brazil’s Ministry of Tourism, and he went ahead and commented on the Bolsonaro and Macron tension.

“Macron, I’m sorry, Micron. Micron, man, you’re talking trash about my country. The only fire going on is the fire inside Brazilian hearts and our president’s heart, you clown. Come over here you’ll be caught by the neck, that chicken neck. You don’t fool me.

In a subsequent interview with Brazilian news website UOL, Renzo Gracie talked about ‘false claims’ about the Amazon fires:

“That gang of clowns only open their mouths to speak badly about our country,” Mr Gracie said, referring to Mr Macron. “”Of course many will be astonished, they will think I called him a female chicken because his manhood is questionable, but no. I’ve met many gays more manly than this imbecile.”

When pressed further, Renzo also commented on the looks of Macron’s wife Brigitte, who is 20 years older than the French president:

“I’ll ask you a question. Is she ugly or pretty? Would you hook up with her? If you’re going to talk trash about our country, you better be ready to listen to some trash back, and about your relatives, too. The fact that he sleeps with a dragon doesn’t make him a fire expert. She’s ugly, man.”

Now the French president’s bodyguard has responded to Gracie, in broken English and called him a clown and even wants to face him in a UFC event in Paris (MMA has recently been legalized in France and a big UFC event in Paris is to be announced):

.@RenzoGracieBJJ You’re just a jerk! It seems your brain is identical as a hen. We wonder what you are good at ? FYI, amazonia is a humanity matter. Being in a cage is the best place for you to be. Instead of saying craps, answer my invitation. Are You in for an Octogon in Paris? https://t.co/F1PCVcwij1

“Renzo Gracie has a big mouth. I you want, I challend you in the Octagon. The way you speak is unworthy of a high level athlete!”

Who is Alexandre Benalla?

He is a French Moroccan bodyguard of Emmanuel Macron who was involved in a scandal back in 2018 when he beat up political protesters.

He doesn’t have any martial arts background.