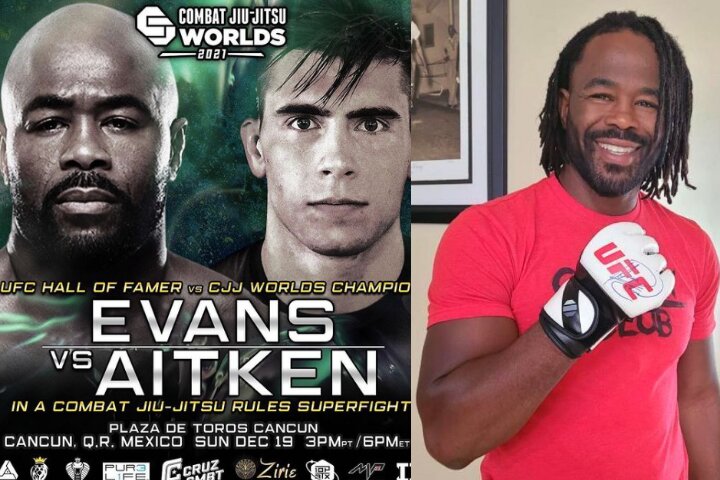 The upcoming Combat Jiu-Jitsu Worlds championship keeps getting better and better. After announcing that Craig Jones will face Donald “Cowboy” Cerrone… The promotion has now announced that Rashad Evans – former UFC light heavyweight champion – will be making his debut against Ryan Aitken, who’s the current CJJ champion!
The superfight will take place on December 19.

Rashad Evans is a BJJ black belt under Rolles Gracie, and has been a Division 1 wrestler for the Michigan State University before he transitioned to professional MMA. In 2005, he captured seven wins in the UFC – before he beat Forest Griffin in 2008 for the light heavyweight title. However, about six months later, he lost the title to Lyoto Machida; after which he tried to gain the title back in 2012 (losing to Jon Jones). He has not competed in mixed martial arts all the way since 2018, when he lost via knockout to Anthony Smith.
Aitken, on the other hand, is an elite grappler. He’s the current Combat Jiu-Jitsu champion and an extremely physically fit athlete. It’s going to be an exciting match to say the least; where two athletes with strong grappling – yet very different all-around – backgrounds will surely clash at full power!