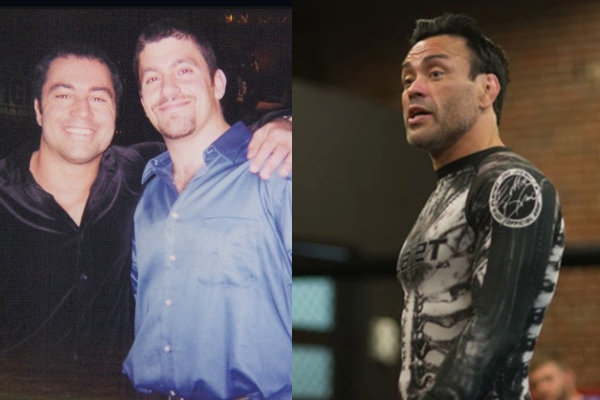 Dan The Wolfman even his own instructional series on BJJ Fanatics:

Theodore made an interesting revelation today. He talked about his former instructor Eddie Bravo. The Wolfman had trained under Bravo for 2 and 1/2 years and was a 10p Purple Belt when Eddie Bravo gave him a position to teach at one of his 10p affiliates in California.

According to Theodore, he was replaced without any warning and couldn’t pay his rent as a result. He accuses Bravo of having backstabbed him and calls the 10th planet organization a cult built around the figure of Eddie Bravo, & drug use.

Another story he talks about is how Eddie Bravo allegedly stole his idea for Combat Jiu-Jitsu. Bravo brought in Combat Jiu-Jitsu, a form of Jiu-Jitsu with palm strikes allowed, into his EBI invitationals.

He offers many more accusations in this video: