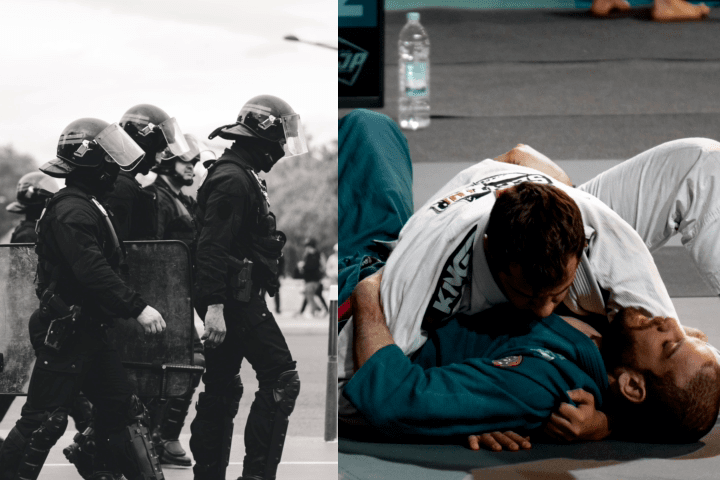 Since the murder of George Floyd by a Minneapolis police officer and the protests and riots that followed it, police reform has been a widespread topic in the United States. Suggestions on how to address police reform are coming from all sides and angles; and many Jiu-Jitsu athletes are vouching for the implementation of Brazilian Jiu-Jitsu into police training.
The campaign holds that, by learning grappling, the police officers will be better able to apprehend and control disorderly individuals without the use of excessive force.

Angel Maysonet, a former NYPD detective, has argued that police should train Jiu-Jitsu. He claimed this in his recent appearance on Making Money with Charles Payne:

And why should the police learn Jiu-Jitsu, exactly? The answer is a straight-forward one: it enables them to control and apprehend disorderly individuals in a safe manner.

If you teach these officers grappling techniques, and they don’t have to use force and grapple with people, that would be helpful.

The idea behind detective Maysonet’s proposal has already been put into action in Michigan beforehand. A bill was recently introduced there, that would require police cadets to hold the rank of blue belt in BJJ.