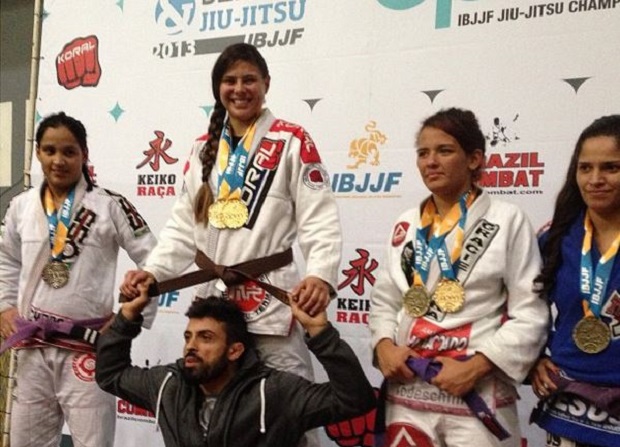 Weight and absolute champion at the IBJJF worlds held in June in California, Former model,  Monique Elias (Check out the interview with Monique) had not yet completed a year at purple belt.

On Friday (26), after winning the weight and absolute at the Rio International Open Jiu-Jitsu, which runs parallel to the Master and Senior, at the Tijuca Tennis Club in Rio de Janeiro, the wife of the double world champion Mario Reis received her brown belt on the podium from her husband. “Two gold medals and brown!,” said Monique in her account on Instagram. 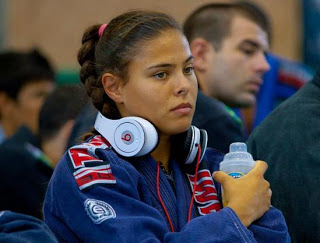 On Friday, the Tijuca Tennis Club also welcomed the absolute disputes at the Rio Open. At brown belt, Alexandre Vieira (BTT) submitted Kaue Damasceno (Nova União) on the back for the gold. Alexandre also won the featherweight ending all fights by chokes.