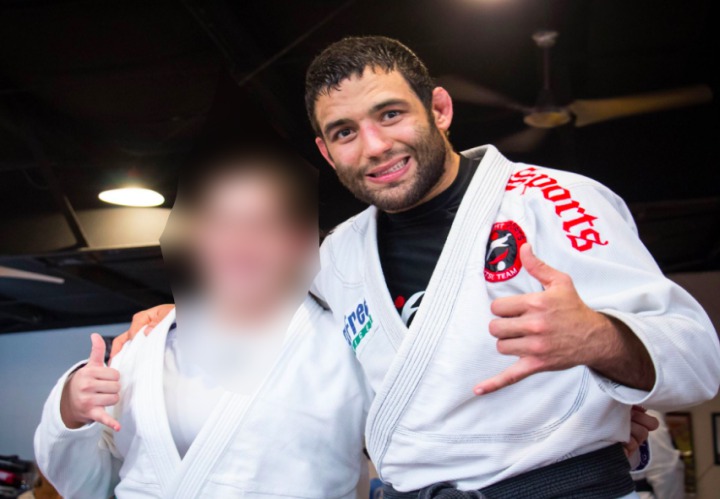 Police arrested 31-year-old BJJ instructor Marcel Goncalves of Fight Sports Naples on Tuesday for having sex with a teenager.

Goncalves is married, and is the head instructor of Fight Sports Naples where the teen said they had sex. They also reportedly met up at Goncalves’s home.

When confronted by deputies on Tuesday, Goncalves confessed to having sexual intercourse with a minor and stated “he does not know what is wrong with him.” 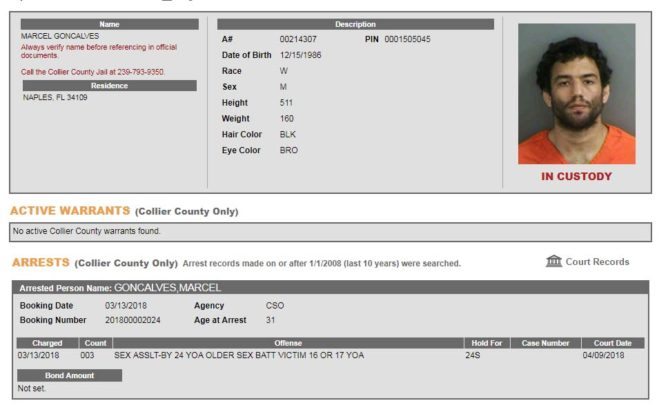 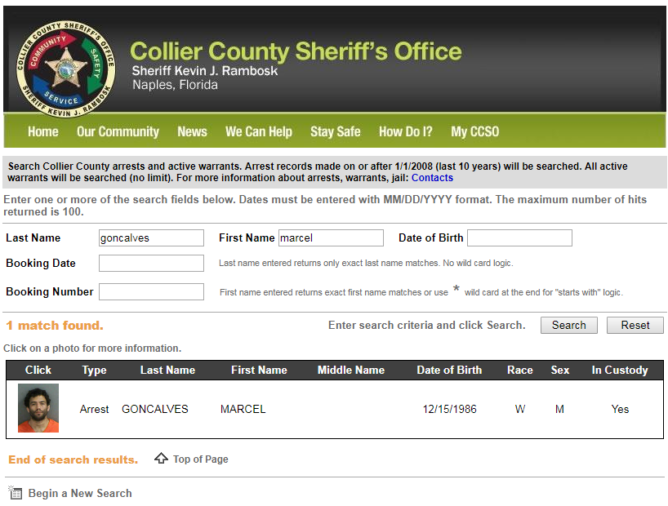 The report showed the relationship had been going on since December.

“I was shocked. We all were shocked. Nobody would ever thought that Marcel would do something like this. Everybody’s really close and taken back by it, and I just can’t believe that this has happened.”

Goncalves, a balck belt with a lengthy list of awards, was immediately fired from the gym and all classes were canceled Wednesday, Rummel said.

Goncalves is a black belt under Roberto Cyborg Abreu and is a Pan Am champion.

Abreu made this statement condemning his student: