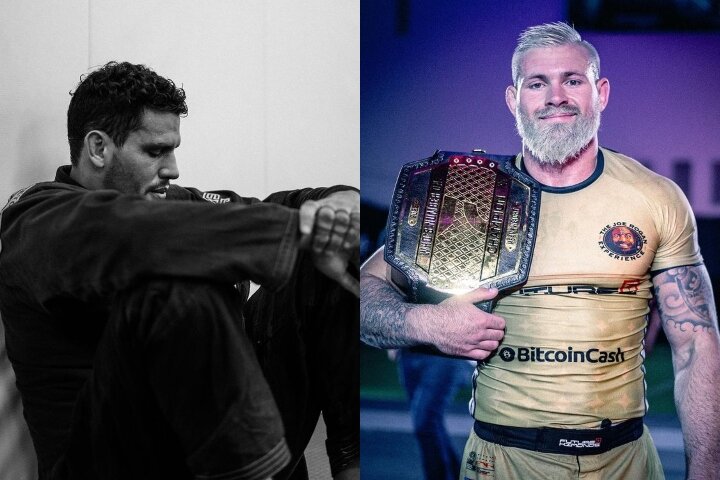 One of the most anticipated BJJ matches took place last Sunday, August 7, between Gordon Ryan and Felipe Pena. It was a no-time limit bout, a part of the Who’s Number One (WNO) main event.
However, the match ended in an abrupt way. Pena verbally tapped after around 45 minutes; claiming that he’d done so because he wasn’t mentally stable enough after the death of Leandro Lo:

Today, one of the best people and one of my biggest friends, died. And I went to FloGrappling and said that I don’t want to fight anymore. And they said: “I know how it is, I see how you are. That you are not mentally prepared for this fight.”
And the guy [Gordon] just said: “No, whatever. This fight is going to happen. I really don’t care.”

Pena followed up with another statement, claiming that he told the organizers he didn’t want to compete:

Now, FloGrappling – the organizers of the event themselves – made a statement about what happened before the match:

Felipe Pena requested a 30 minute time limit match. Gordon Ryan said he would rather stick to the agreed upon terms and rules OR reschedule to a later date to keep the match no time limit. Gordon was never offered to do the match first on the card.

We offered Felipe a pay increase to keep the match on the original date and original terms, plus a guaranteed rematch, and he accepted. At no point did Flo or Gordon “force” anyone to do anything.
Felipe requested a rule change and Gordon said he wanted the agreed upon rules or to reschedule the match. Felipe agreed to the original terms after Flo offered him a significant pay increase.