Firas Zahabi on Gordon Ryan: “If He Puts His Mind to MMA, He Can Do It” 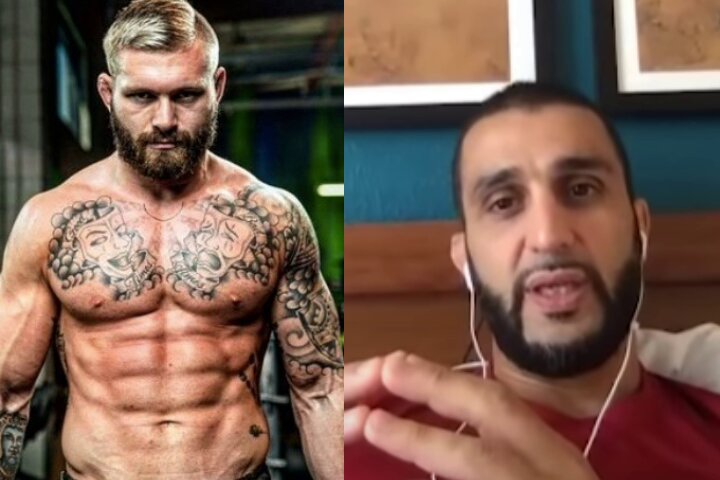 Firas Zahabi doesn’t need a lot of introduction to his name. A black belt under none other than John Danaher, he is one of the most accomplished coaches in mixed martial arts; having coached athletes such as Georges St-Pierre and Rory MacDonald.
On a recent episode of the “More Plates More Dates” podcast, he spoke about Gordon Ryan and about his potential transition from BJJ to MMA.

I know him [Gordon] well, I’ve known him since he was young. He’s a very, very intelligent guy. If he puts his mind to MMA, he can do it. Especially with John [Danaher] in his corner… If he really puts his mind to it, he can go very far.
Will he do it? Because in my opinion he’s making so much and doing so well in Jiu-Jitsu right now that to start back at the bottom of the totem pole might not be something that’s financially the best. Because right now he’s at the top, top of the Jiu-Jitsu world. He’s arguably the greatest Jiu-Jitsu guy ever. And I think he could cement that and just be that legend of the sport.

However, Zahabi is skeptical about Gordon making the transition to the mixed martial arts competition scene. Why? Because he’s doing more than well in the sport of Brazilian Jiu-Jitsu:

I haven’t talked to him in a while. I think… jiu-jitsu is so hot for him right now. He’s selling instructionals.

I think [Gordon and Danaher] are probably just gonna dominate the jiu-jitsu world. Make their mark as the greatest Jiu-Jitsu team ever. And that’s something that I think is just as important as a UFC world title for them.