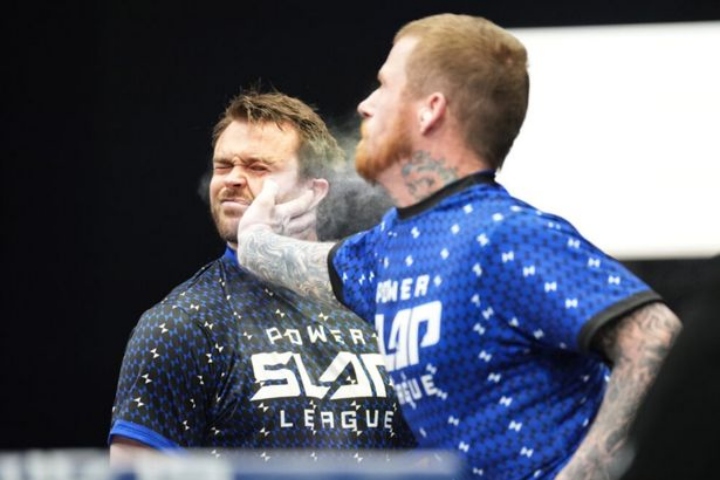 Dana White‘s “Power Slap League” has officially started a few days ago… And it already featured a controversial bout.
Namely, Chris Kennedy – one of the fighters – suffered memory loss after a brutal knockout.

It was the first fight of the night, a welterweight one between Kennedy and Chris Thomas. Thomas had the first slap, and he landed a huge shot which sent Kennedy to the floor immediately and rendered him unconscious.

As his opponent was celebrating, Kennedy was laying on the ground and took a long time to become somewhat responsive. Then, he was prompted to a seated upright position, but was still visibly dazed.
Watch it take place at the opening seconds of the video below:

As reported by the Mirror, one of the doctors surrounding Kennedy told him:

You can sit on your butt right now. The doctor is next to you okay you got knocked out.

However, Kennedy was obviously having a case of short-term memory loss and responded in a confused way:

Got knocked out doing what, was I fighting?

Short-term memory loss can happen after a knockout in fighting sports and is often a concussion symptom.