Fighter Retires From MMA After Winning by Reverse Triangle Choke 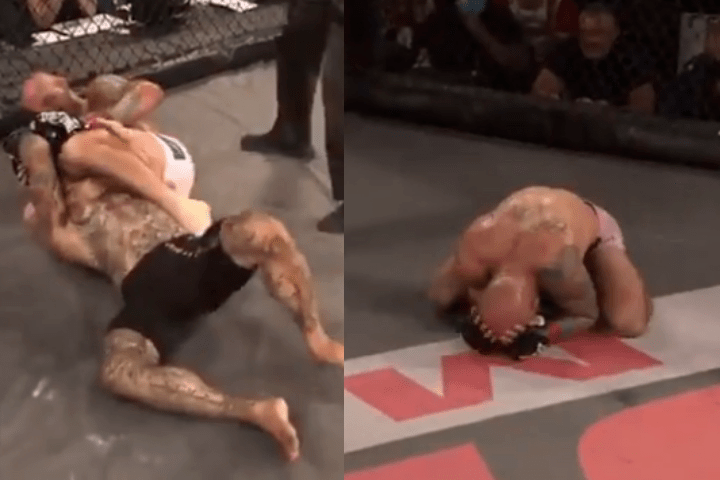 Winning isn’t everything – neither in Brazilian Jiu-Jitsu nor in mixed martial arts. In order to train sports which are as difficult as these ones are, the fighter has got to have heart. You’ve got to persevere, be disciplined; and, perhaps above everything else, you have to love to train and fight.
That certainly seems to have been the case for Matt “The Mangler” Bessette, who retired from MMA last night after a submission victory.

It was a title defense fight at the Classic Entertainment and Sports (CES) event. The Mangler had a tight Body Lock on his opponent, patiently waiting for his opportunity. And when the opportunity for an attack presented itself, he went for it – catching his opponent in an Armbar.
However, as he was unable to finish it, Bessette transitioned to the Reverse Triangle Choke… Getting the win and then retiring on the spot.

Matt Bessette reverse triangles Ryan Dela Cruz, adding the CES LW belt to his FW belt. He took off his gloves afterwards, retiring as the first ever CES champ-champ at 25-10. pic.twitter.com/ExyUutFQk1

Bessette had been an active fighter in MMA since 2007 and has a record of 25-10. He had two bouts in the UFC, but lost both of them. After that, he became the CES champion.