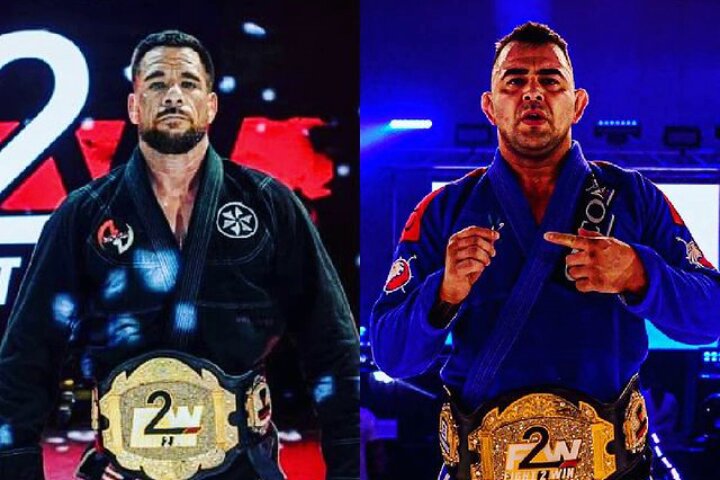 Rafael Lovato Jr. is a Brazilian Jiu-Jitsu legend. He is a black belt under Carlos Machado and the most accomplished American Jiu-Jitsu athlete of his generation. For example, he’s been the 3rd American citizen to win the IBJJF World Championship in the black belt division (2007)! He also won the No Gi World Championship in 2010. Additionally, Lovato Jr. is a mixed martial arts athlete, who began his MMA career in 2014 and won the middleweight title in Bellator (2019).
If you haven’t seen our BJJEE Podcast episode with him, make sure to do so now:

Due to a brain condition, Lovato Jr. was forced to take a step back from MMA. But – a relentless fighter as he is – he isn’t taking any breaks from competing in Jiu-Jitsu!
On July 16, he will face Alexandro Ceconi at the Fight To Win 177 event. The promotion announced this on their Instagram:

Alexandro Ceconi is, just like Lovato Jr., a veteran of the Brazilian Jiu-Jitsu black belt competition scene. In 2010 and 2012, he was a CBJJ Brazilian national champion. At the moment, he’s coming off a win over Jame Puopolo at the Fight To Win 166.
An exciting match awaits!