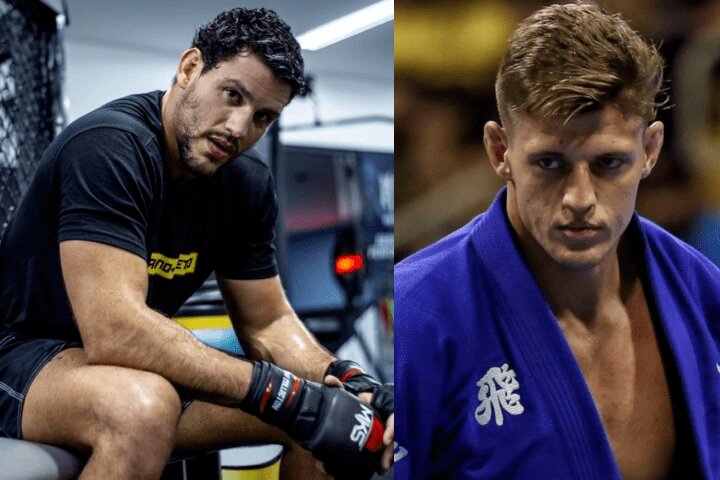 On August 1st, Felipe Pena and Nicholas Meregali will face each other in the BJJBET 2 tournament. In a conversation with TATAME, Pena talked about their first match in 2018 and what he expects to see from this one:

This fight against Nicholas Meregali, I’ve wanted it for a long time. We faced each other once, but it was a long time ago, I was in the light heavyweight division, injured too. Of course, this doesn’t mean that the result would be different [Meregali won by submission], but I consider myself a much more complete and more mature athlete now. I really wanted this fight and I’m very happy that it’s about to happen, especially in such a good moment for me, where I’m coming from several victories.
The expectation is the best possible, I’m sure it will be a high level fight. Nicholas is a guy who plays forward and I like to fight with someone who trades Jiu-Jitsu. Let’s get out there and I hope to win the victory through some submission.

Many Jiu-Jitsu athletes have made a “transfer” to MMA (such as Rodolfo Vieira in the UFC and Marcus Buchecha in the ONE Championship). Pena was asked about making the same switch.
He made it clear that it’s his intention to turn professional in MMA one day as well:

I really want to test myself in MMA. I’ve been wanting this for some time now and it’s something that doesn’t go away. I’ll definitely migrate someday, at least try, right… But I still don’t know when that will happen. I’m training from time to time, fixing things, so when it happens, I’ll be in the best shape. However, I still don’t have a forecast for that to happen.
[Translated from Portuguese.]