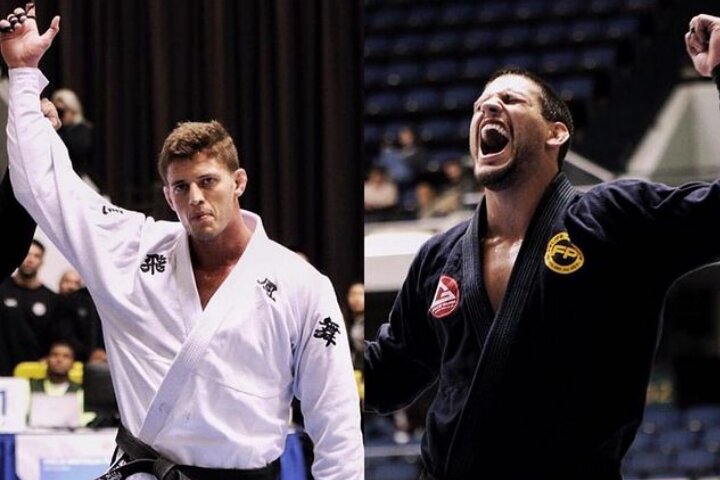 It’s now official… Felipe Pena and Nicholas Meregali are set to face each other in the 2021 IBJJF Worlds Absolute finals’ match!
“Preguica” was more than excited and grateful for his success, as it’s been a goal of his since he was 15 years old:

Heyyy, we’re in the IBJJF Worlds Absolute Final! Tomorrow is the day to make my dream come true since I was 15 years old. Thanks to everyone for the messages and support, let’s go for it!

Prior to making it to the finals, both athletes had their fair share of challenges along the way. Pena first had to beat Arnaldo Maidana, doing so via points, and then submit Max Gimenis. Then, in the semifinal match, he had a tight and exciting match against Fellipe Andrew.
The two fought it out in a battle of sweeps, with Preguica getting the first one. Then, it was Andrew who secured the sweep; and with about 30 seconds remaining in the match, Pena got the sweep again – which was enough for the 4-2 win via points.

Meregali won his three fights in a similar fashion. His first one, against Marlon Tanaka, via Triangle Choke; and then Victor Hugo by advantage (2-2 in points) and Kaynan Duarte in the semifinal; whom he beat by split decision.
Needless to say, his match against Preguica in the 2021 IBJJF Absolute Worlds final is expected to be a superb one.