Felipe Pena: “My Goal Now Is To Focus On ADCC & Transition To MMA” 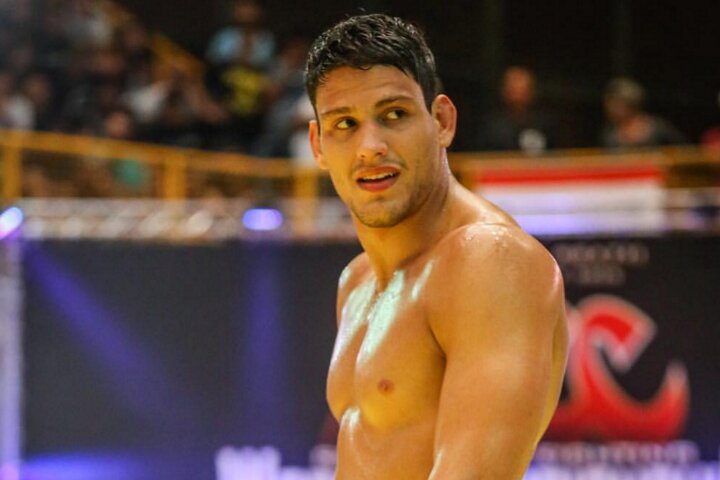 Felipe Pena has done it all now in IBJJF tournaments, given that he’s fulfilled his childhood dream of winning the absolute World Championship title at 2021 IBJJF Worlds. Following his win, he left his belt on the mats, announcing his retirement from IBJJF competition and that he’ll shift his focus completely to getting ready for ADCC 2022 and for his MMA transition.

In a recent conversation with BJJ Fanatics’ Bernardo Faria, Pena explained his decision:

I retired from the Worlds for sure. Maybe I do this fight against Meregali with the gi, but my main goal now is to focus on ADCC, train no-gi, and do the transition for MMA…

I already won in the gi all the biggest tournaments and titles. I am 30 years old, so I see me fighting probably like 5 or 8 or 10 years, I don’t know… It’s important to find motivation. I had this motivation to win open weight and win all these titles. I need a new goal now. It’s good to have a new goal. I have this goal now to [win] ADCC, especially on the open weight. Because if I win I’m gonna be the only one to win it two times.

Of course I always have the plan to be a world champion in IBJJF. Ever since I was 10 years old it was a big goal. But after a while I was like, man, if I accomplish this I’m gonna put my name in history. That was my main goal.

Felipe Pena also spoke about the cancelled fight with Nicholas Meregali in the absolute final match:

Even after I won I was kind of like sad, it was a weird feeling… I asked IBJJF to let him fight the final of open weight. They were very strict about it… I accomplished the goal anyway, that was my main goal, and I’m looking forward to the next one.