Felipe Pena Injured & Out of Match with Nicholas Meregali 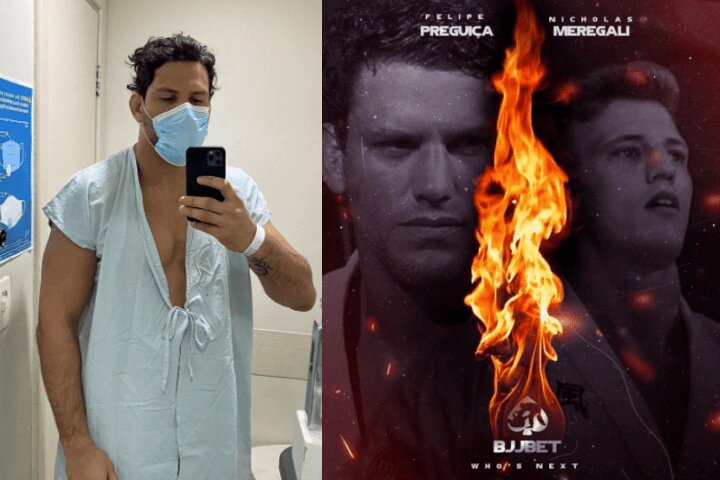 The long-awaited match between Felipe Pena and Nicholas Meregali should have finally taken place in the main event of the BJJ BET 2 promotion, on August 1st. However, because of an unfortunate pectoralis major (chest) injury, “Preguica” had to withdraw from the match.
He shared the news on his Instagram:

With a lot of sadness I announce that due to a partial rupture of the pectoralis major, I will no longer participate in @bjjbetofficial main event next weekend.

It’s a very bad feeling when you train, dedicate yourself, give up everything and there’s an injury that prevents you from that goal. The good news is that I won’t need surgery and that when I get treated right in 6 weeks, I should start training again!
I would like to thank @williamcmaya , the event for the opportunity and my sponsors for that fight @albinoandpreto @caffeinearmy #BPScapital @3ainvestimentos and #minasmineração for all the support.

A shame because I was feeling in the best possible shape but unfortunately this is part of the athlete’s life. Moving forward, there is a lot of good things to happen this year and taking advantage of it, I would just like to postpone this fight for the October event at @bjjbetofficial , in case my opponent accepts… Thank you all and we will be back soon😢🙏🏼

Felipe Pena & Nicholas Meregali have previously exchanged a number of heated words via social media, which hyped up their match even more; now leaving their fans in an even greater anticipation of when in the future the clash will take place.