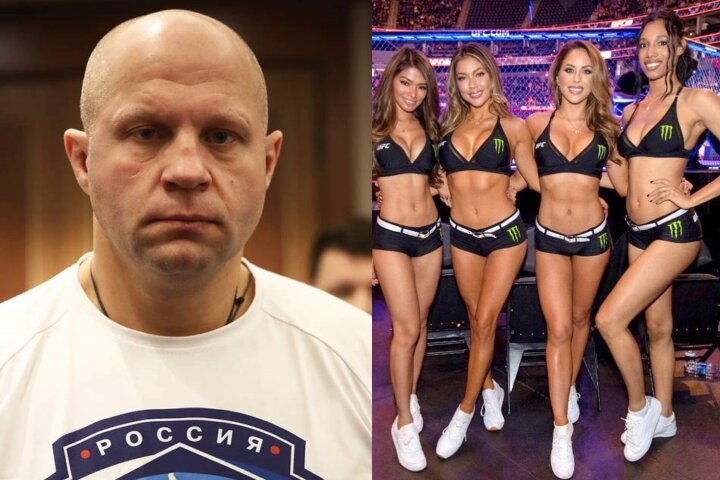 Fedor “The Last Emperor” Emelianenko is the most recent fighter in the series of MMA faces who touched upon the topic of ring girls. The talk started back in August, when Khabib Nurmagomedov said that ring girls are unnecessary in mixed martial arts:

Look, I don’t want to offend anyone, ring girls are the most useless people in martial arts. What is their purpose? I have a question. You can show that it is the second round on the screen. I realize that is a history. History knows many mistakes. We read history to avoid mistakes of the past in the future. If we look in the history, it says they are useless. That is my personal opinion.

Emelianenko, while speaking on the Fighting Flashback, shared his own thoughts about the subject. He was asked to speak on his opinion of Khabib’s statement; whether he agreed with him or not.
Though not as “hard-lined” as Nurmagomedov is, The Last Emperor emphasized his own words of criticism:

The girls are showing the number of the rounds… (Round shaped) plates. The only (thing) is to dress them more decent.

When asked to elaborate further on the issue, Fedor stepped back:

You know I don’t have (anything to do with it). I have enough problems and affairs of my team and my family to not fill my head with stupid things.