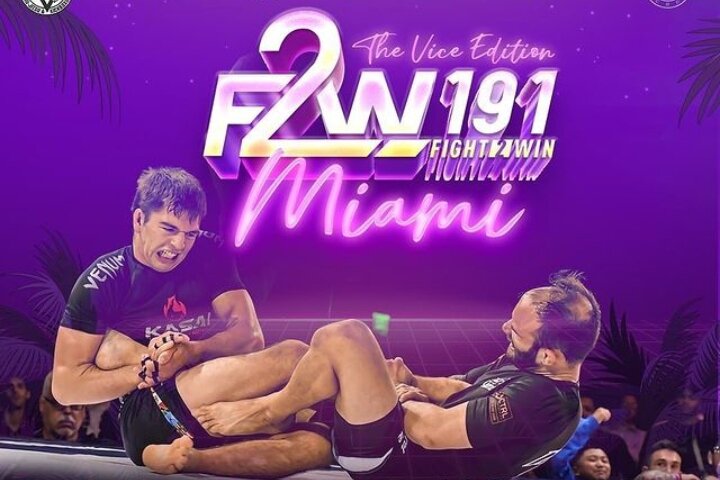 F2W 191 is taking place tomorrow, January 14, and it’s going to be full of promising matches! The Fight To Win promotion revealed the full card lineup for this event on their Instagram page, and you can take a look at it below:

The F2W 191 card is going to be headlined with the Gianni Grippo vs. Mauricio Gomez match. Grippo is a clear favorite coming into the bout… In 2021 alone, he has won his second IBJJF no-gi world championship, this third no-gi Pans and the Emerald City Invitational grand prix title as well.
Gomez, though a high-level competitor himself, hasn’t had much success lately. In his most recent match under the Fight To Win promotion, he lost to Samuel Nagai.

The co-main event is none less exciting, for Enrico Cocco – a multiple time ADCC East Coast Trials winner – is taking on Yuri Villefort, who is a veteran MMA fighter (having competed in both the UFC and the Strikeforce) and also a BJJ black belt.
Even though Cocco is regarded as a slight favorite, Villefort is a force to be reckoned with as well. In his last F2W match, he took the decision win against Eric Allequin.