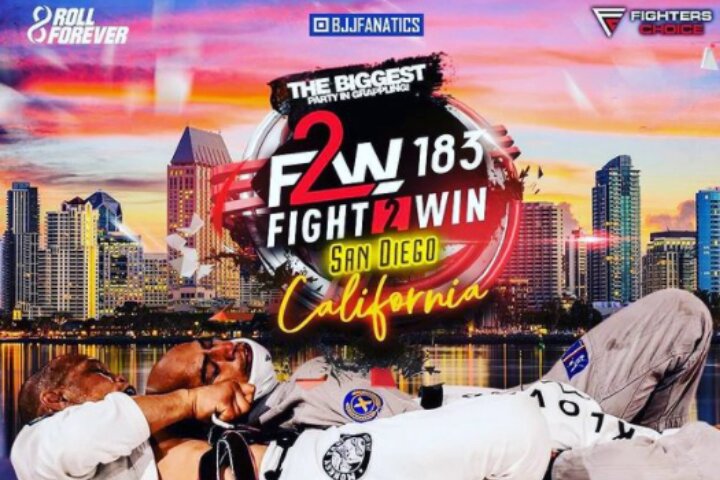 The Fight To Win (F2W) promotion is back with yet another exciting tournament: F2W 183! It will take place tomorrow, on September 10. Take a look at the full line-up below:

F2W 183 will be headlined by a match between the MMA veteran Baret Yoshida and Bernardo Pitel. Yoshida, in addition to his MMA prowess, is also a multiple time No Gi world champion (IBJJF) and has won silver at ADCC in 2001 and 2003. With that said, he has had a recent Fight To Win appearance; at F2W 180, he took home the win via the Crucifix submission.
Pitel, on the flipside, is a 2001 IBJJF world champion and has been competing at an elite level for over 20 years. This main event will be packed with action for sure.

However, action won’t be lacking in other match-ups on the card either. For example, Josh Hinger – 3x No Gi world champ and an ADCC veteran – will take on Corey Guitard. Also, the co-main event itself will feature a match between Michael Liera Jr. – the Pans and European Open champion – and Jackson Nagai, who previously beat Edwin Najmi.
Fellipe Andrew will face against Fellipe Trovo from Gracie Barra; and Gabriel Almeida is taking on Dom Bell.

Don’t miss these and other amazing match-ups! They’re taking place on September 10.