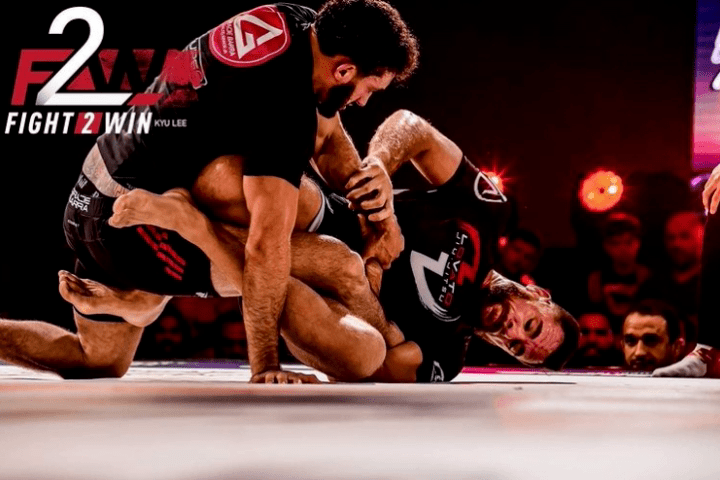 In the main event, Arges started by pulling guard and setting up a Knee Shield. Lovato worked with his heavy pressure to pass guard, getting to his knees in the process, while Arges was trying to gain a better position. With about five and a half minutes remaining in the match, Lovato got back up to his feet and Arges resumed to playing Open Guard.
Four more minutes passed with neither athletes managing to do anything of importance. They returned to their feet, after which Arges went for an Imanari Roll – ending up with Lovato in Closed Guard. With about 30 seconds to go, Lovato placed pressure on Arges, who tried to elevate him before going back to Closed Guard.

In the last 10 seconds of the match, Lovato secured an Ankle Lock. It wasn’t enough to get Argest to tap, but it was enough for Lovato to be declared the winner by unanimous decision; and to retain his No Gi light heavyweight title.

The co-main event saw more action than the main event did. After a few takedown attempts by Najmi, Tama pulled guard. Najmi went for a Knee Slice pass, while Tama tried to go for a Leg Lock. Najmi went again for the pass, but Tama – this time successfully – got the leg and went for a Heel Hook.
Edwin managed to defend and tried to stack pass his way through Tama’s guard; who tried to take the back from the bottom and then went for yet another leg attack as Najmi stood up. Najmi disengaged and then went again for his Knee Slice pass. He was unsuccessful, while Tama continued to hunt for yet another Leg Lock.

Najmi then lowered himself and tried to get an Estima Lock, without success. Tama used this opportunity to go for a Straight Ankle Lock – which Najmi went for as well! However, Najmi escaped and got back up to his feet. Then, he went for a Straight Ankle Lock again, which Tama tried to counter with a Heel Hook; ultimately abandoning it in order to escape Najmi’s submission attempt.
Najmi stood up and Tama went for yet another Heel Hook attempt. This time, successfully – Najmi tapped out and Tama claimed the No Gi welterweight title.

Here are the full results of the F2W 180 event.