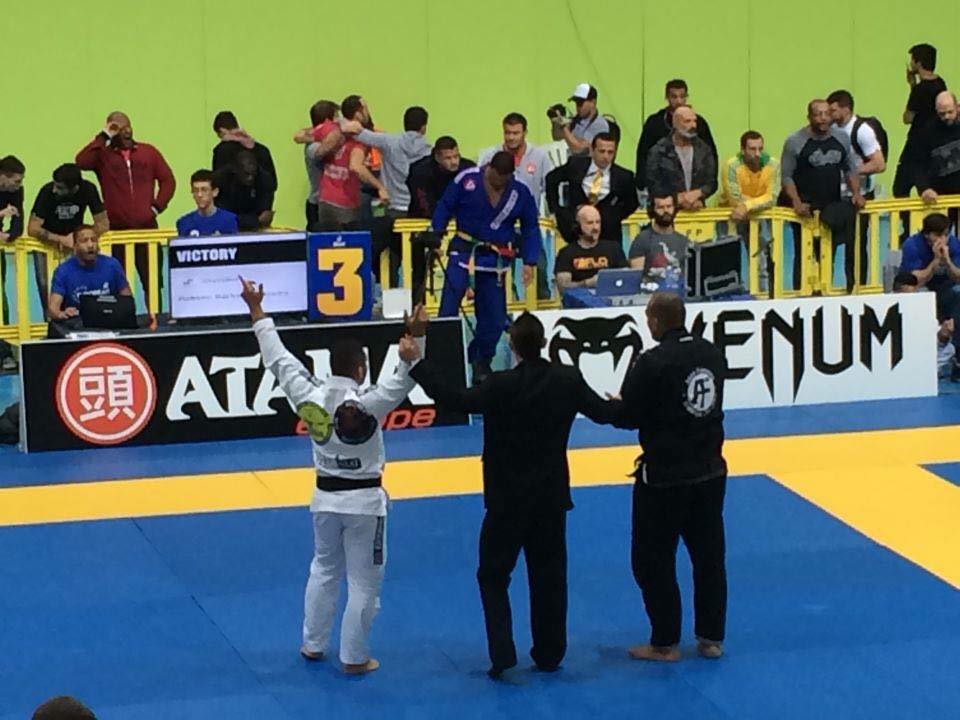 A few days ago, BJJEE ran a story about how Swedish-Brazilian black belt featherweight (-70kgs)  Robson Barbosa would be competing in the Ultra Heavyweight division (+100,3 kgs) of the IBJJF Europeans.

Well, the David vs Goliath story that everybody was waiting for, happened and Robson faced the much bigger 120kgs fighter Alan Ferreira.

The match was a war and Robson won by one advantage!

In the semi final he lost to Luke Costello of Gracie Barra Birmingham.

Robson Barbosa is a black belt under Ricardo Carvalho, BJJ black belt under Carlson Gracie. Robson is one of Sweden’s best BJJ practitioners and has more or less won everything in BJJ that can be won on Swedish soil.

Oosss I want to say thanks God for giving me power to compit this weekend I Lisbon
I big thanks to my sponsorship www.tatamifighwear.com and @hefitness
Pranabjj and Nexus Kebab Cowboys for the best training. I don’t get gold medal but I get brons and I feel happy it’s not easy to fight in ultra heavy ???? valeu Alan Do Nascimento Bruno Matias Kenta Hammarström Joakim Lundgren

You can watch the full replay of all matches on Flograppling.com with multi mat technology. 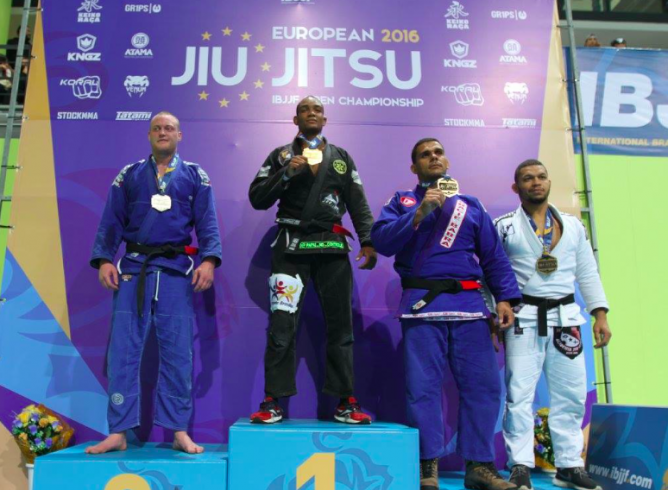 Robson on the far right 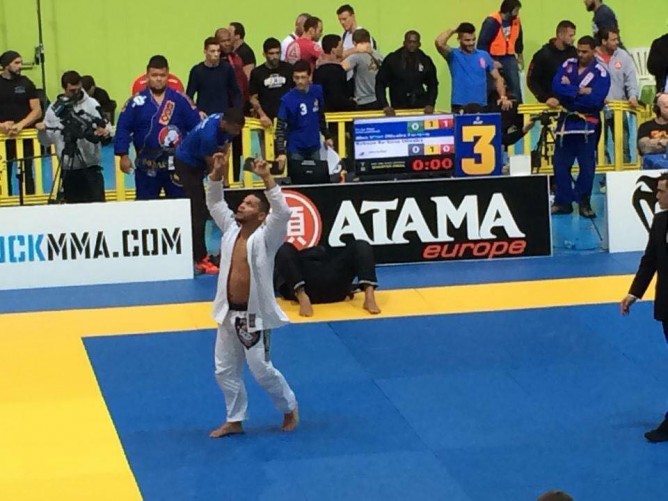