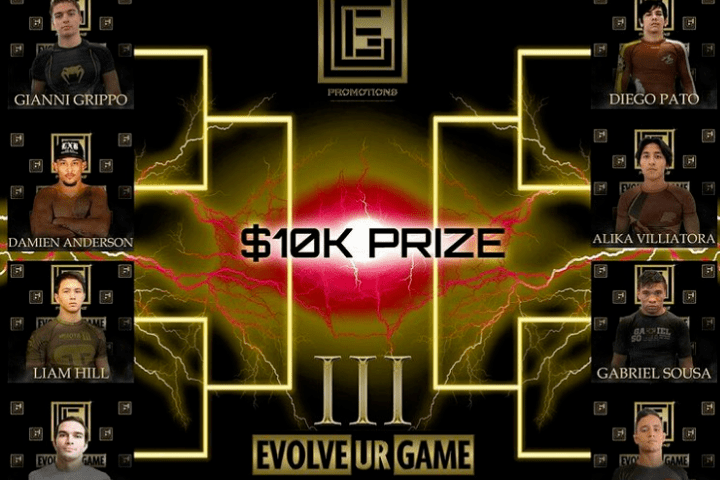 EUG 3 is just around the corner! The third edition of the respected Evolve Ur Game (EUG) promotion will take place on Saturday, October 23, in the form of a Grand Prix. Eight athletes – among them Gianni Grippo and Gabriel Sousa – will fight for the $10,000 prize in a modified No Gi ruleset.

Namely, guard pulling is prohibited for the first three minutes (matches will last for 10 minutes each). If an athlete pulls guard in that timeframe, his opponent will be awarded two points, the athlete will be given a penalty, and the match will restart on the feet once again.
After those first three minutes, the remainder of the match will go forward under the normal IBJJF No Gi ruleset.

The promotion has also announced the full EUG 3 brackets:

As previously mentioned, Gianni Grippo and Gabriel Sousa are the most well-known competitors who’ll appear on the Grand Prix. Grippo won his gold medal at the latest IBJJF No Gi World Championships, as well as this year’s No Gi Pans and the Emerald City Invitational.
Sousa, on the other hand, holds three victories over Grippo himself. He recently beat Mikey Musumeci at the Who’s Number One (WNO) Championships; a tournament on which he ultimately earned silver.