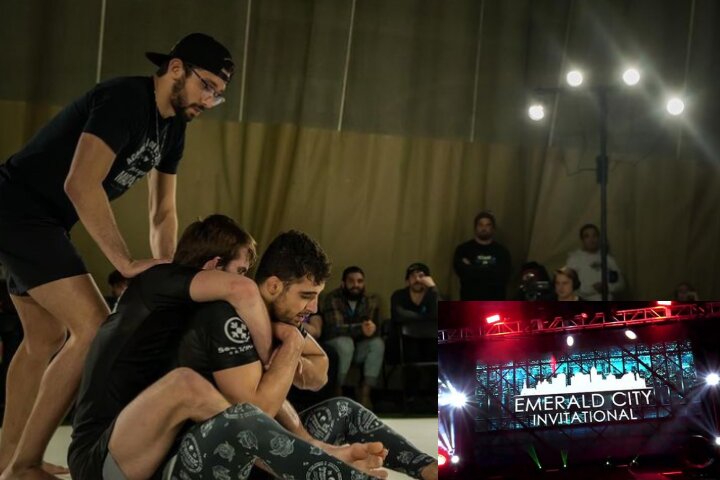 The Emerald City Invitational 3 featured a 185lbs division $10,000 grand prix… Which was full of Heel Hook finishes! And wouldn’t you know it – it was Oliver Taza who took the ultimate victory home, after beating 4 extremely tough opponents.

The winner of the European, Middle Eastern, and African 2021 ADCC Trials 77kg division first took on three opponents – taking them out in quick bursts; all three via different Heel Hook variations. Then, in the final match, he took on Nick Ronan – a Matt Serra BJJ black belt.
He wasn’t able to get the submission finish against him in the regulation period, but managed to set up an Inverted Triangle Choke in overtime – winning the $10,000 prize!

Check out the rest of the Emerald City Invitational 3 results below.