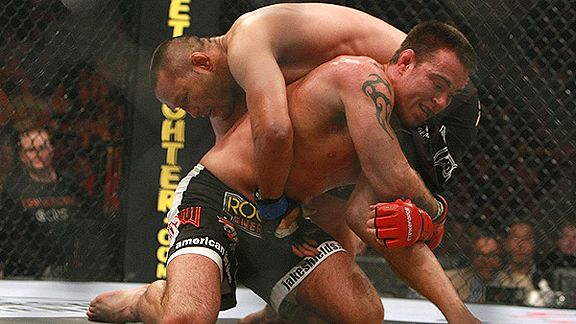 Welterweight elite level grapplers Demian Maia and Jake Shields have agreed to fight at a yet to be determined UFC event this fall.

Many BJJ/ Grappling fans hoped that those two grapplers would meet in the octagon. Both fighters are now contenders in the welterweight division.

“As reported on @ufctonight, UFC is working towards pitting Maia vs. Shields. No date/location set yet, but both sides have agreed.” Ariel Helwani reported on UFC Tonight, the two sides have verbally agreed to fight each other, with a date and location to be determined later.

Shields (28-6-1) last fight was a split decision over Tyron Woodley at UFC 161 . That was his first fight after a six-month suspension for a positive drug test after his UFC 150 win over Ed Herman (at middleweight). The former #1 contender at welterweight also won a unanimous decision over Yoshihiro Akiyama at UFC 144.

FightHubTV talked to UFC welterweight Jake Shields during a recent event in Northern California. In the video above, Shields talks about wanting a rematch with Jake Ellenberger, Jiu-Jitsu, and the idea of facing Demian Maia in the Octagon or on the mats. Check it out: