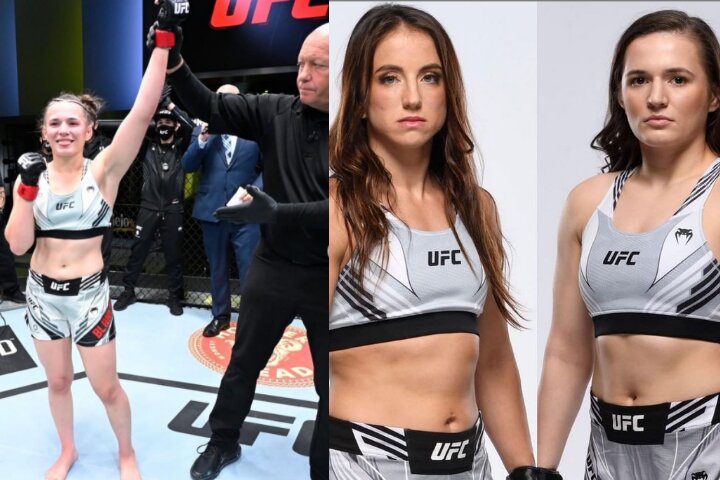 Erin Blanchfield is an UFC fighter and a Brazilian Jiu-Jitsu athlete, who was just 18 years old – and a purple belt – when she won the EBI 12 championship title! Four years after winning that title, she earned a black belt from Karel “Silver Fox” Pravec himself:

Earlier in September this year, Blanchfield had her first UFC fight. She won it in a domineering fashion, which showed off some great grappling and striking skills alike.

Going to work on the ground! 🤛

Erin is a hard worker and that shows. In fact, it shows so much so that Dana White is giving her an opportunity to break into the official rankings much sooner than it might’ve been expected! Namely, Montana De La Rosa was scheduled to fight Maycee Barber at UFC 269. However, De La Rosa was forced to withdraw from the bout due to injury… And that’s where Erin Blanchfield will get her chance – filling in for her and facing Barber herself.
Barber’s flyweight division ranking is #13. So, a win against her would most certainly catapult Blanchfield into the top 15… And maybe even close to the top 10 rankings!