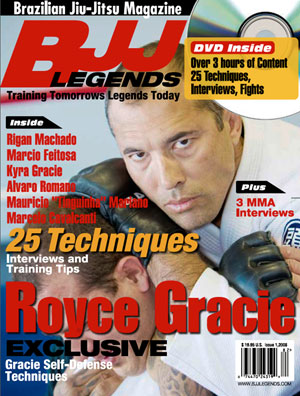 The very popular and established BJJ magazine BJJ Legends made a article about the BJJ community of Eastern Europe. I talked about the growth of the sport in our region. The BJJ world is hearing about us:

“BJJL: Tell us about the growth of BJJ in Eastern Europe:

GH: The level of BJJ here is excellent and we have some very accomplished BJJ players who have medalled at the biggest European and World competitions. Eastern Europeans in general are very strong and athletic and are very hungry to compete and improve. We are a very tight knit community which is built on mutual respect, competition and mutual interest in our common passion. The power of Jiu-Jitsu truly is amazing: It brings together all the teams from different countries which in some cases were at war with each other in the past (In the Balkans,Ex-Yugoslavia for example) and we all get along well, and compete together without any tension, and build long lasting friendships. BJJ is growing fast here, Poland has over 55 black belts, Russia is investing a lot in sport and BJJ is spreading like wildfire there. There are strong teams in Croatia, Serbia, Romania, Greece, Turkey etc..I can’t name all the countries because there are so many but it’s really growing.”

Check out the whole interview here