Donald Trump: “My Easiest Boxing Fight Would Be Joe Biden – He Would Go Down Very, Very Quickly” 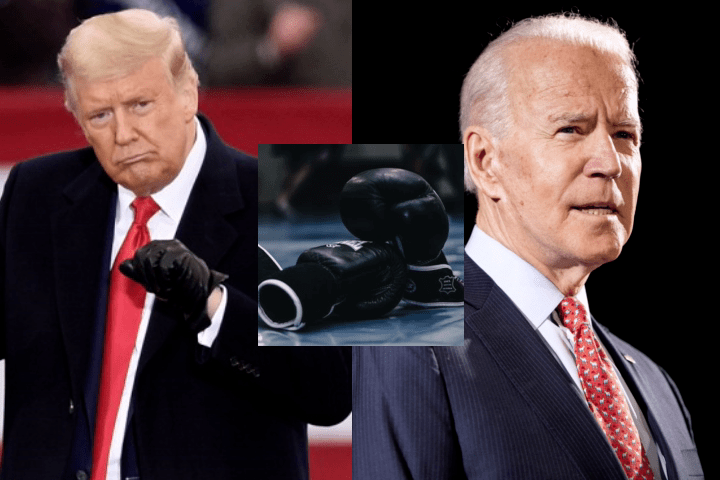 Donald Trump, the former President of the United States, is a big fan of fighting sports. He’s appeared in the WWE and has even spoken to Joe Rogan at one of the UFC events.
Now, to top all that, he’ll be doing alternative commentary on the Triller Fight Club’s Holyfield vs. Ortiz event, which takes place today – September 11.

Trump was asked to answer some questions during the pre-fight press conference… One of them being who he’d fight if he had a chance to step into a boxing ring. And, well, Trump went on to say that he’d like to take on Joe Biden; the current President of the United States! And that he would make quick work of him:

Well, if I had to pick somebody in the world — not only a professional boxer because I’ll take a pass on the professional boxers, that could be a very dangerous subject — but if I had to box somebody, I think probably my easiest fight would be Joe Biden because I think he would go down very, very quickly. He once said: “Oh, I’d like to take him behind the barn.” He’d be in big trouble if he ever did. I think Biden would go down within the first few seconds.