Disturbing: BJJ White Belt Taps Out, Gets Put To Sleep by Upper Belts Regardless 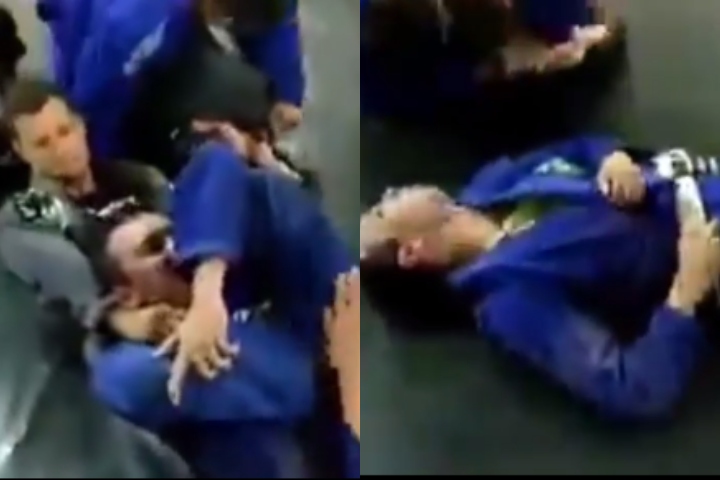 When you start training Brazilian Jiu-Jitsu, it’s incredibly important that the academy you’re training in is a welcoming one. That your coach knows how to explain things in a proper way and that your training partners are willing to not just let you learn, but also to help you in doing so.
If the situation in your BJJ academy isn’t like this, then you’re probably not going to fall in love with the Gentle Art to begin with. Or, even worse, you could be exposed to behavior that is harmful… Such as in the disturbing video below.

Namely, the video shows a BJJ academy in which a white belt gets choked out by a higher-ranked teammate. However, even though the white belt taps out, his teammate doesn’t let go of the choke – but holds it until he passes out.
Other teammates try to help bring the white belt to consciousness; and when he does wake up, one of the teammates immediately goes for an Armbar. Then for a choke and then for an Armbar again.

Watch the disturbing video below:

BJJ Eastern Europe strongly condemns this behavior. Training BJJ should be a safe, enjoyable experience for everyone involved.