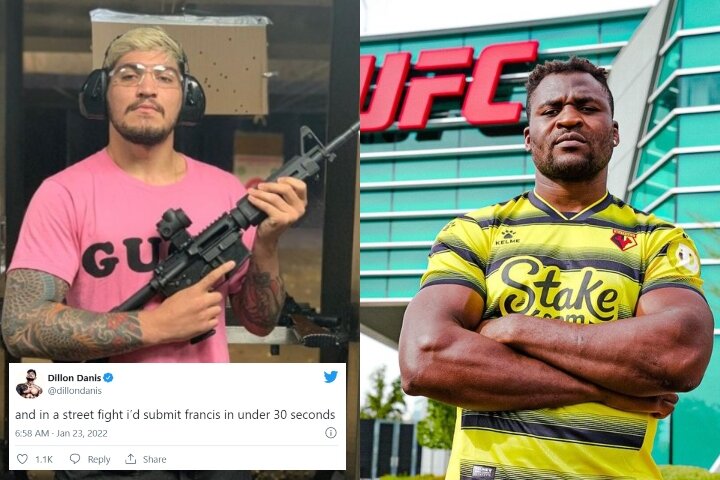 Dillon Danis, though a BJJ black belt, seems to also be a professional when it comes to calling people out and making headlines for himself. This time, he decided to “call out” Francis Ngannou – by claiming that he could submit him in less than 30 seconds in a street fight:

Ngannou recently defended his heavyweight title at the UFC 270 main event, where he defeated Cyril Gane via unanimous decision. This was his 6th win in a row, which he earned through a surprising display of grappling skills.
Dillon Danis, on the other hand, hasn’t fought professionally in a long time, as he had a knee surgery relatively recently. Nevertheless, that didn’t stop him in making splashes through the BJJ and MMA community. As one of the most polarizing figures in the history of two sports, Danis most recently ended up in the news for getting into an altercation at a bar… Where he was put in a Rear Naked Choke by a bouncer and then arrested.

Namely, Danis was first denied entry into the bar, after which he became aggressive with the bar staff. From there, he was subdued by a bouncer; making it one of the wildest stories of 2021.