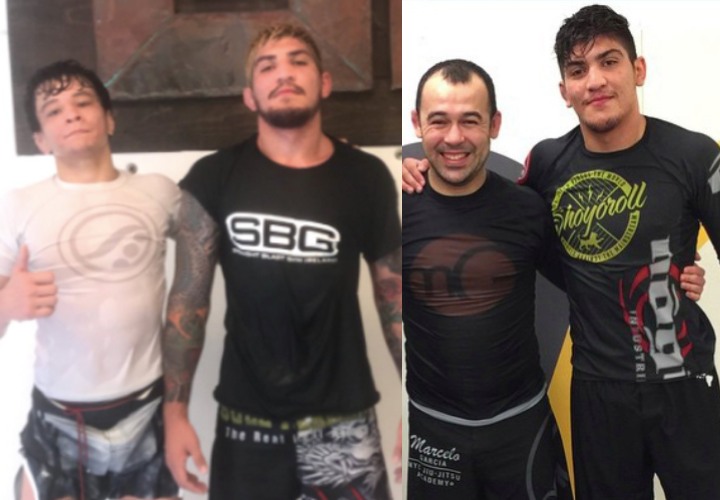 Dillon Danis started training at Unity Jiu-Jitsu in NYC after he was asked to leave Marcelo Garcia Academy. He trains alongside The Miyao bros, Devonte ‘Bones’ Johnson, Murilo Santana and was also joined by Renzo Gracie exiles, Eddie Cummings & his girlfriend Ottavia Bourdain.

The Bellator MMA fighter Dillon Danis (2-0 in MMA) has come under much fire with his social media arrogant style.

Danis told Ariel Helwani of The MMA Hour about his side of the story:

It was a suspension, but I don’t feel like I’m coming back. I love Marcelo, to death. I would never say anything bad about him.

“He was my idol before I went to him, and then he ended up being my coach and a dad figure for me. He just needs to get his stuff straight, too.”
“What I wanted was someone that would have my back no matter what. Like, he would always be there for me, and it kind of hurt that he wasn’t.”

“We had a lot of differences (Marcelo and him). He really wants you to be like him…He wants you to be always smiling and do that stuff. But we can’t all be the same . You can’t make be that way. There’s a lot of fake people in Jiu-Jitsu but I’m not like that.

But we had a lot of differences, he really wants you to be like him, exactly like him. Always smiling and its understandable but at the end of the day if we all act the same nobody is different. He makes everyone on the team be like, yes men.”

That wasn’t the only time during the interview that Danis described his former coach as a father figure. In fact, that was part of the reason the suspension hurt him so much — he felt like a child whose father abandoned him.

Unity recently upgraded from the small academy to a mat space with around double the size. Here is what he had to say about the difference in training environment between Unity and Marcelos. Both are obviously very high level BJJ academies but Danis feels like Unity caters much more for the hardcore competitors, and that’s teh way he likes it.

Check out his recent interview where he talks in details about the 2 academies: