Despite 8 Having Herniated Discs, Rickson Gracie is Back to Rolling Again 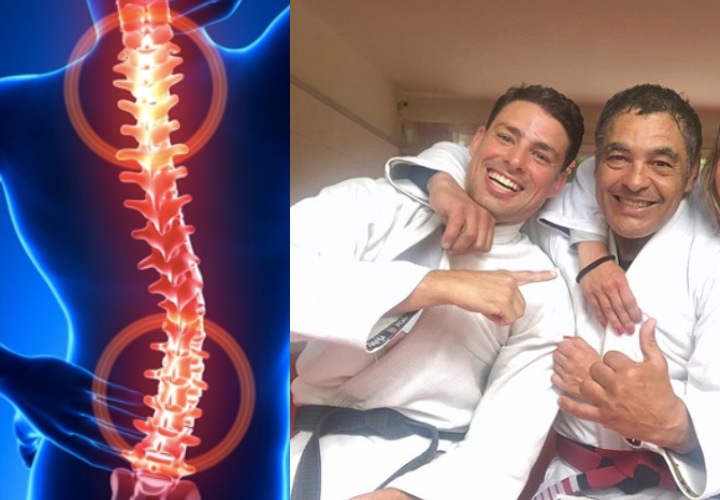 Rickson Gracie at the moment is nowhere near the fighter he once was. At age 60, Rickson has no less than 8 herniated discs. Some of you might know he’s had these injuries but (according to his son, Kron) what might surprise you is that he even fought in this condition. Rickson’s doctor even went so far to recommend Rickson not walk.

Now it is possible that some of these injuries are related to extreme forced spinal flexion as seen in the documentary “Choke” but it still makes you wonder. Was it worth it given that at age 60 he trains probably once a week or so and does no hard rolling?

Jean Jacques Machado, was Rickson Gracie’s student from back in the days, from the time he trained under him in Brazil until when he moved to the USA in the 80’s.

Machado was promoted to coral belt by Rickson a few years back, and in his recent guest appearance on Joe Rogan’s podcast, he made an interesting revelation: Rickson is rolling again, despite his 8 herniated discs!

Machado: Oh no he’s back training.

Machado: Yes he’s really rolling. I saw one of his students. They trained last week for an hour.

Rogan: Wow understood that he had a real bad back problem.

Machado: Yeah a lot of things happen not with Jiu-Jitsu but with some of the MMA fights from back those days with no protection at all and with no rules, throwing each other out of the ring. And it was something you know very challenging with no weight class.