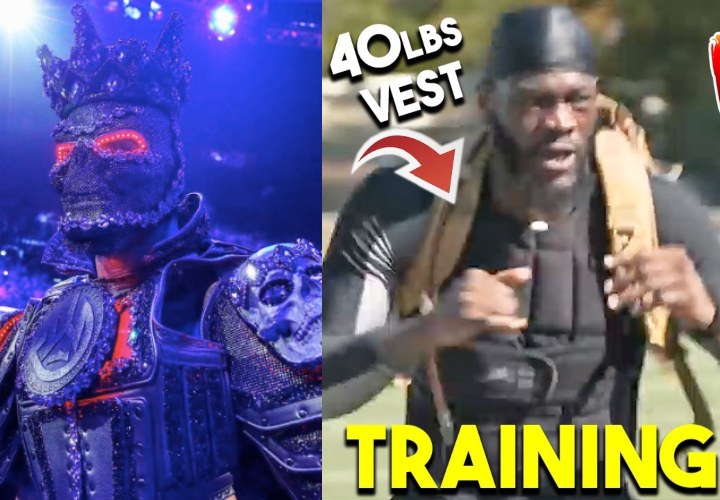 Deontay Wilder lost his first professional fight and world title to Tyson Fury last weekend. Wilder lost by TKO to Fury after suffering a knock down in the third round and again in the fifth round. He lost by TKO in the 7th round.

Wilder has drawn widespread criticism for his apparent excuses. He said he wasn’t hurt by the punches and wanted the chance to continue.

Wilder wore a spectacular 40-pound costume during his rind entrance as a tribute to Black History Month. The problem is that Wilder said that the costume at 40 pounds was too heavy and was the reason that he got tired and didn’t strength in his legs during the fight.

Wilder was angry at his coach Mark Breland for throwing in the towel.He also had so harsh words for referee Kenny Bayless for letting Fury get away with dirty tactics such as blows to the back.

‘People told me: It looked like something was wrong with you’. Something was, but when you’re in the ring, you have to bluff a lot of things. I tried my best to do so. I knew I didn’t have the legs because of my uniform. I was only able to put it on [for the first time] the night before but I didn’t think it was going to be that heavy.

“It weighed 40, 40-some pounds with the helmet and all the batteries. I wanted my tribute to be great for Black History Month. I wanted it to be good and I guess I put that before anything.”

The problem is that there is a video from Wilder’s appearance on Joe Rogan’s podcast from December 2018 where he says he wears a 45-pound vest during his training sessions:

In a December 2018 interview, Deontay Wilder told Joe Rogan that he wears a 45 lbs vest during training sessions. 🙄pic.twitter.com/SHjEWZxOyf