Demian Maia: “Steven Seagal mentoring Anderson ‘The Spider’ Silva Is ‘a Lie’ and ‘a Joke’.” 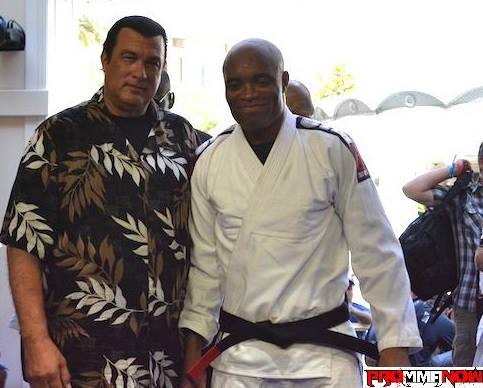 Demian Maia and Anderson Silva have never hidden the fact that they don’t like each other. Maia revealed to the MMA bulletin what he really thought about Anderson Silva crediting actor and aikido master Steven Seagal for his success in MMA.

“It’s a lie, It’s marketing. Like every actor from Hollywood, when Seagal saw Anderson’s success, he glued himself to him. Seagal’s movie career was down. It worked because he appeared in the media again. Seagal never taught Silva anything… For everyone who knows about it, it’s a joke.”