Demian Maia: “Khabib Is The Best MMA Grappler Of All Time” 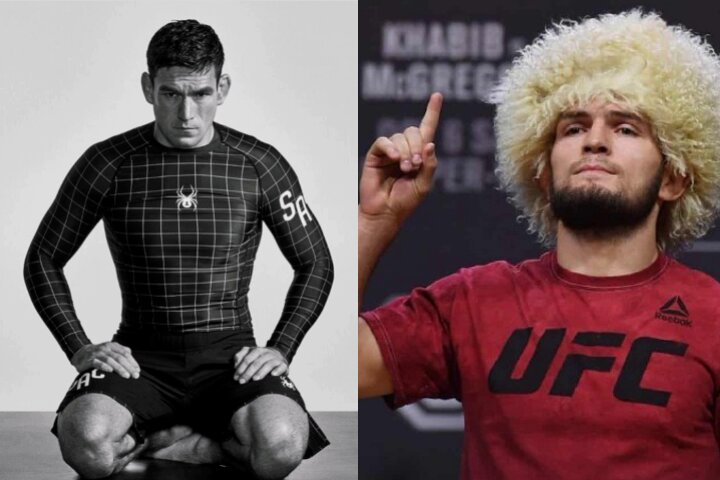 Demian Maia’s contract with the UFC came to an end last June, after his loss to Belal Muhammad. However, the 43 year-old BJJ black belt still trains with vigor; Maia puts in the work two times per day, as he said in an interview for the MMA Fighting website.
But what would Demian answer to a question such as: “Who’s the greatest grappler in MMA of all time?” Would he position himself up there among the ranks?

That’s a question that he was asked during a recent episode of the “Mike Swick Podcast”. And, as a matter of fact, Maia believes that it’s Khabib Nurmagomedov who takes the spot #1.
Here’s what he had to say:

Khabib, before me, is the best of all time. He’s great and I remember something that is stuck in my head. This really stuck in my head when I fighting I think it was my first fight as a welterweight.
One of my coaches, Leonardo Vieira, who also was one of my professors since I was a blue belt. And he’s a phenomenal jiujitsu guy. He’s amazing. Leo was with me and we are training at, I think, MGM or Mandalay Bay during the week. We had a room to train. And then Khabib was in the same room. And Leo spoke to him because Leo’s brother Leandro Vieira trains the AKA guys.

Leo told me: “This kid is great, he will be a champion.”

When Maia asked his coach if he meant that Khabib was a great wrestler, Leo clarified:

No, not just great wrestler. He’s great in jiu jitsu too.

To that, Maia only had to add:

And I said, man if Leo is saying that, it’s because this kid is really good.

The BJJ and MMA legend @demianmaia on @TeamKhabib:

“Khabib for me is the best of all time” pic.twitter.com/NZdfczwleK