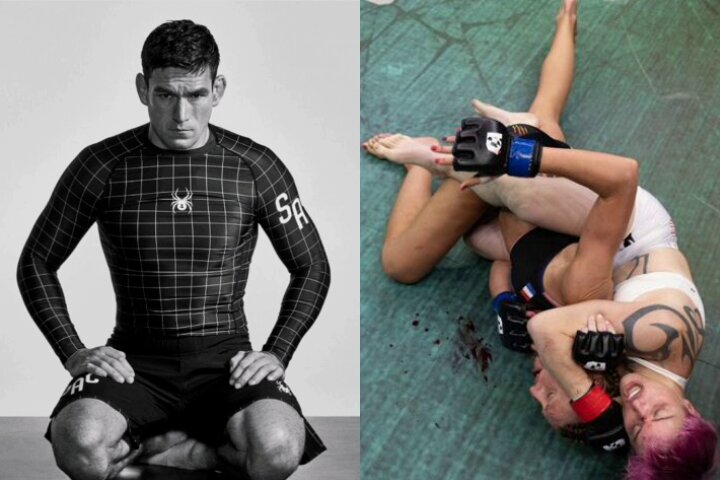 On September 10, transgender MMA fighter Alana McLaughlin won her MMA debut against Celine Provost. She won in the second round by submitting Provost by a rear naked choke.
McLaughlin, in her past, was a male enlisted in the US military in 2003. She put on muscle, rose up the Army ranks and became a special forces medical sergeant, part of an elite, 12-man team dispatched to Afghanistan in 2007. Today, she is the first transgender athlete to openly participate in a mixed martial arts competition since Fallon Fox entered the mixed martial arts arena in 2014.

Check out the fight’s highlights and McLaughlin’s choke below:

How do you guys feel about this? #ufc pic.twitter.com/HH1TgVDGwW

Lots of dust has been raised due to the nature of the match. After Michael Bisping, now the famed UFC fighter and BJJ black belt Demian Maia decided to share his stance on the issue. In an interview with the “Inteligência Ltda” podcast, he said:

I think it’s absurd for you to put a person who was born a man to fight a woman. I’m going to talk about my sport, which is fighting. The person [who fights a trans athlete] will get hurt. There is no comparison.

“Ah, but she started taking [female] hormones early on.” Does not matter. And it’s not prejudice, none of that. But you have to understand that to work in society, the issue of prejudice is not like that. That’s not what will make people more or less prejudiced. It is very clear that you cannot let this happen. It’s one thing for a man to want to fight a woman and for a woman to say: “Okay, I’m going to fight. The choice is mine.”
Now, for you to force a woman to fight a transgender person who was born a man is absurd. I think only those who are not in the sport accept this, because they have no idea what it is.

Maia continued to explain how pitting a transgender athlete against another fighter might’ve been a plan of the MMA promotion’s strategy to promote themselves further… Which is condemnable:

Unfortunately, it seems to me that it might even be the event’s strategy to draw attention, which is an even more regrettable thing. You use that sort of thing to get attention, or to signal virtue, which is ridiculous. I once heard a thinker say something very interesting: “When you want to help people, you speak the truth. When you want to help yourself, you say what they want to hear.”