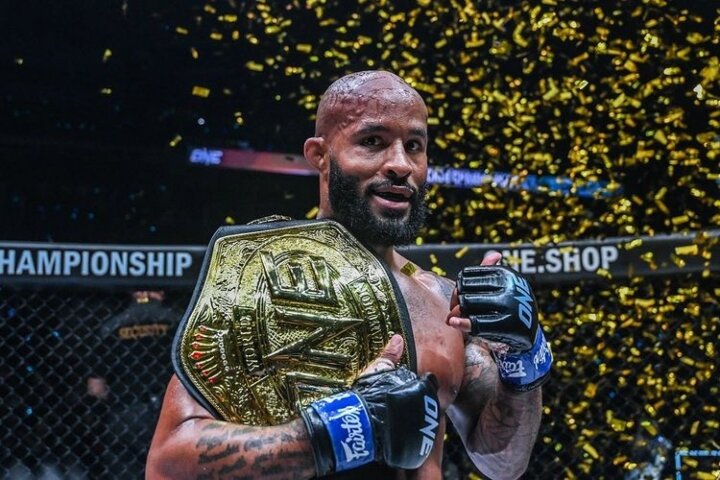 If there is someone that the younger generation of fighters ought to look up to when it comes to consistency in mixed martial arts (MMA)… It’s certainly Demetrious “Mighty Mouse” Johnson.

Johnson has been fighting professionally for almost 16 years and is the current ONE Championship flyweight title holder.
So, when he was asked what the secret to his longevity in MMA is, the 36-year old had a wise answer:

The key to longevity is just knowing when to train and when not to train. The last time I’ve done any mixed martial arts training is Thanksgiving.

So, the last time I touched that base has been by about two months, and I think that’s how we helped my longevity and just my mental capacity is in mixed martial arts.

Johnson, who is a brown belt in Brazilian Jiu-Jitsu, also said that he’d have nothing against a submission grappling match with Mikey Musumeci:

I’m probably down to grapple with Mikey Musumeci. I mean, he’s a wizard. I think with me, we’d grapple before we even grappled in the circle.
I told him, I was like: “Dude, once you grab my legs, I’m tapping because I am not going to play that game and test my flexibility.”

I’ve had tears in my LCL and MCL before just fighting in mixed martial arts because my knees are pretty tight.
So yeah, I’m totally down to do that. But I’m going to tap extremely fast.