Demetrious Johnson On Rolling With Elite Grapplers: “I Wanted To See What It Felt Like” 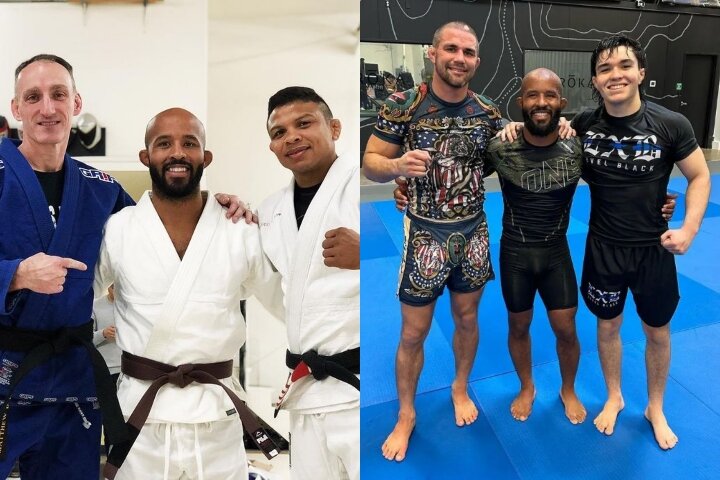 If you want to become as successful as you could be, then you better spend time with people who are better than you are… Especially when it comes to combat sports.
For example, Demetrious Johnson – the current ONE Championship flyweight title holder – pushes himself daily.

“The Mighty Mouse”, who is a BJJ brown belt, has also trained with elite level grapplers; such as Gordon Ryan, Garry Tonon, and others.
He reminisced about rolling with them, in an interview with SCMP MMA:

Garry Tonon is an absolutely amazing grappler and a great human being as well. It was good to actually get a chance to just mix it up with him. Those guys, Garry, Mikey Musumeci, and Gordon Ryan. Just the New Wave team.
I know Mikey isn’t with the New Wave team.

The Ruotolo brothers, all those guys, IBJJF, and ADCC. They’re just on a different level when it comes to grappling. I wanted to be able to see what it felt like.

With that said, there’s a possibility that Johnson will have a grappling match against Mikey Musumeci sometime in the future:

Yeah, I’m probably down to grapple with Mikey Musumeci. I mean, he’s a wizard. I think with me, we’d grapple before we even grappled in the circle.
I told him, I was like: “Dude, once you grab my legs, I’m tapping because I am not going to play that game and test my flexibility.”