Dean Lister Gets Inducted Into The ADCC Hall Of Fame 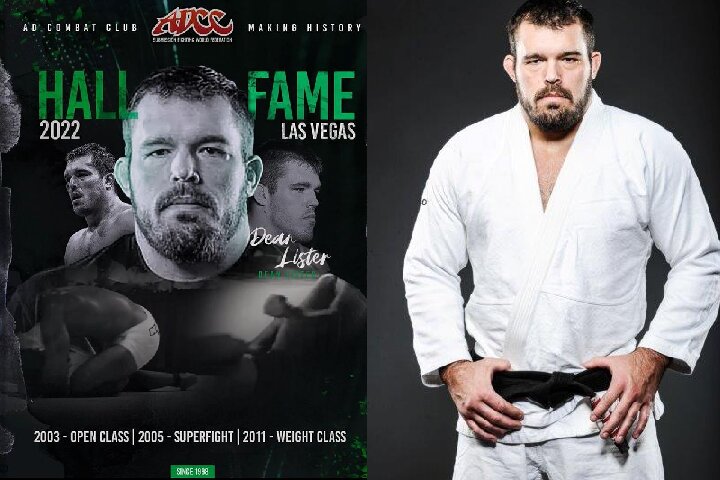 Dean Lister is one of the most recognizable and respected names in Brazilian Jiu-Jitsu – and now he has one more “title” to go with the proof of his greatness… As he has been inducted into the ADCC Hall Of Fame!
The news about the induction were shared on the ADCC’s Instagram page:

ADCC Hall of Fame: 3X champion Dean Lister. Dean has the highest submission rate in ADCC, a staggering 84% and achieved the ADCC triple crown(winning division, absolute and superfight).
Dean was a pioneer of leg locks (why would you ignore 50% of the body?).

And by the way, how did Dean Lister start using Leg Locks… And why did he start doing them when these submissions weren’t popular in the slightest?
He answered these questions in an interview for BJJ Eastern Europe:

Back then, I’ve heard a saying in Portuguese that said: „The choke is the king, the arm lock is the queen, but the foot lock is the dirty thief.“ And I thought to myself – okay, but why? Just because someone has said that it is? „The dirty thief can be very dangerous and you should be aware of him“, that’s what I responded with in Portuguese.
It’s only a different perspective. It is also an objective „truth“ and truths are undeniable. If something works, it won’t be ignored for long.

So, I had great successes with them from the very beginning. Sure, I have lost many matches because I went for a sloppy leglock; but I have also, for example, finished 8 out of 8 matches in one day all by leglocks.
I never neglected the techniques of guard passing, I just knew that leglocks work.