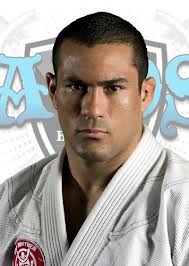 After winning the Nitrix Championship, an MMA event held in São Paulo last week, Davi Ramos has accepted the challenge of entering the fight for the Grand Prix title, according the Jeferson Maycá, director of Copa Podio:

“Davi was previously invited to participate in the GP, but he was focused on his MMA fight at that time and so had not closed a deal with us. Now, with his mission complete, he has decided to take on this test with the approval of his coach, Ramon Lemos”.

The Rio de Janeiro native, from Atos Team, took third place in the Middleweight GP in the first season of the Copa Podio.

The event will be broadcast live online as from 12:30 pm (Los Angeles), with commentary by Marco de Vargas, as well as Raphael Abi-Rihan and Dennis Asche, in Portuguese and English, respectively.

The pay-per-view accesses is already available via the official event website www.copapodio.com.

Purchase the livestream of the Copa Podio on Sunday, September 8: www.copapodio.com