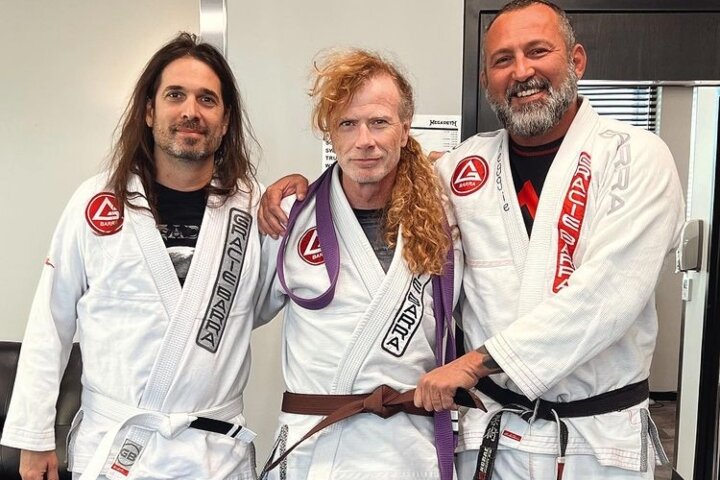 Dave Mustaine is a frontman of Megadeth, one of the world’s most well-known metal bands. And, since yesterday, the 61-year old superstar is also a Brazilian Jiu-Jitsu brown belt!

He trains out of Gracie Barra Spring Hill and was promoted by professor Reginaldo Almeida, who shared the news on his social media:

Mustaine is actually a well-versed martial artist. He is a black belt in Taekwondo and Ukidokan Karate, and also has quite a bit of experience in Kickboxing and Sanshou.
And it was just two years ago that Mustaine was promoted to the rank of a purple belt… Which just goes to show how dedicated he is to training the Gentle Art.

What’s more, this week has been a fantastic one for the famous musician, as Megadeth has also released their first release in over six years; their sixteenth studio album, “The Sick, The Dying… And The Dead!”
The reason for this six-year absence was Mustaine’s battle with throat cancer. Which makes these two achievements of his even greater.

He proudly shared the news of his promotion on his own social media as well: