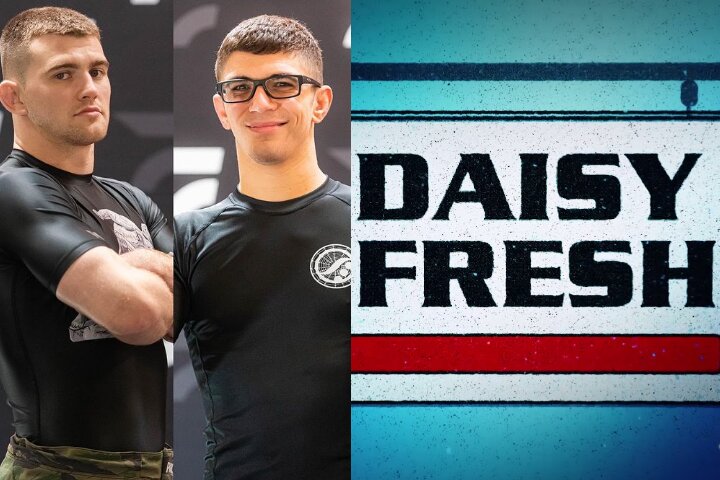 “Good things come to those who work hard” is a maxim that’s been proven to be true time and time again for the Pedigo Submission Fighting team – the “Daisy Fresh” crew that became famous in grappling circles through one of FloGrappling’s documentary series.
Now, the Daisy Fresh team has added three more elite competitors to its name! Dante Leon, as well as Mikey and Tammi Musumeci, will represent the Pedigo Submission Fighting team in the future.

Mikey Musumeci is the first one to be featured under the new team’s banner, as Heath Pedigo – Daisy Fresh’s head coach – will be in Musumeci’s corner on October 20; when he competes for the Who’s Number One (WNO) vacant bantamweight title.
Mikey’s sister, Tammi, is no less of an elite competitor than her brother. She is an ADCC bronze medal winner, as well as a 2019 IBJJF world champion. She recently returned to competition at the WNO Championships, where she earned bronze.

Dante Leon, although he will compete under Pedigo Submission Fighting, will continue training and teaching in the city of Toledo, Ohio. In an interview for FloGrappling, he clarified that he has been working and training with Heath Pedigo and his team for years:

My relationship with Heath and the PSF crew goes back seven-plus years but really started to blossom in 2019. We would all cross train several times a year. Through this, I developed great relationships with all the competitors and felt a strong connection to Heath as not only a coach but a friend.

I have been a huge fan of the team for a long time now. Super hard working, good vibe people! It will be awesome for my sister and me to rep them.